Today’s a BIG day for Epcot! Not only has the Epcot Festival of the Arts kicked off (including the popular Disney on Broadway concert series!), buuut we’ve also seen the new films Awesome Planet and Canada Far and Wide make their debut! 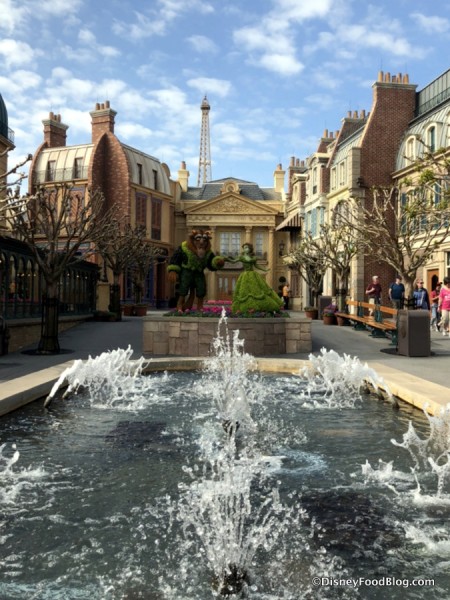 And, there’s even another exciting attraction that’s starting today at Epcot too! And here’s a HINT: it’s a Tale as Old as Time! That’s right friends, true as it can be, the new Beauty and the Beast Sing-Along is officially open!

The all-new Beauty and the Beast Sing-Along has finally debuted at the France Pavilion today. The show shares a theater with the long-running film Impressions de France over in the World Showcase. 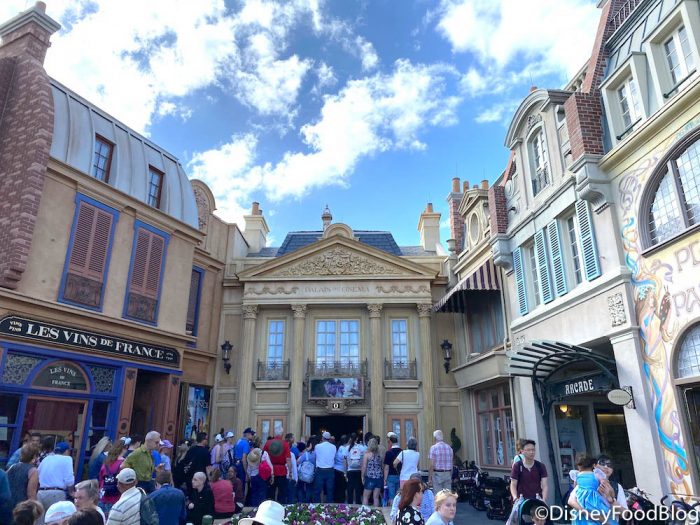 But, the storyline is a little more twisted than the plot of the classic 1991 animated film than we remember! SPOILER ALERT WARNING!!

As the Beauty and the Beast Sing-Along’s poster eludes to, Gaston‘s sidekick LeFou apparently played a special role in bringing the two “opposites” together! 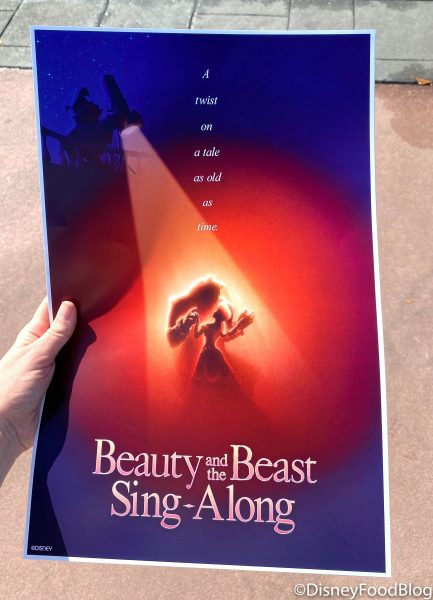 Beauty and the Beast Sing-Along Poster

We won’t spoil the re-telling for you, but look for some new pieces of animation featuring LeFou where you wouldn’t have expected to see him — until now! 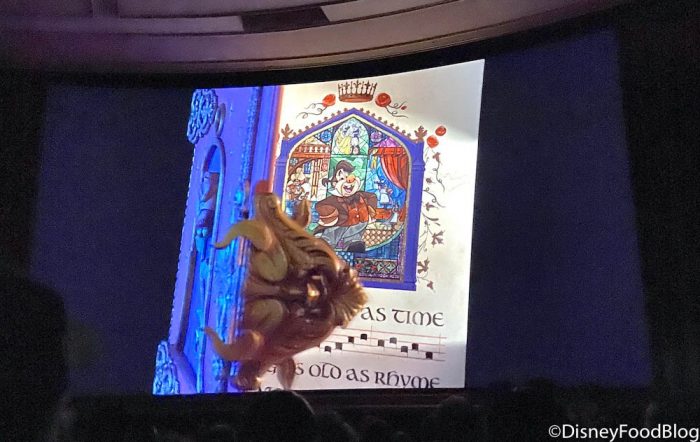 Read about the new Beauty and the Beast Sing-Along (including spoilers!) here!

And, while the story may be a little different, the Beauty and the Beast Sing-Along has five songs we think you’ll remember! 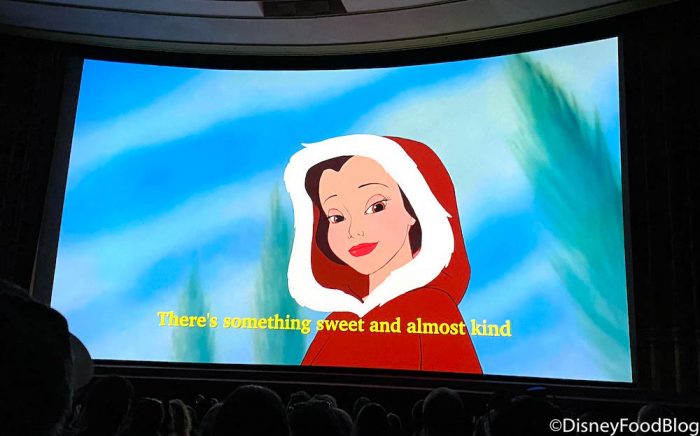 Beauty and the Beast Sing-Along

We’re also super excited that Angela Lansbury returned to lend her voice talents to the wonderful Mrs. Potts for the new film! 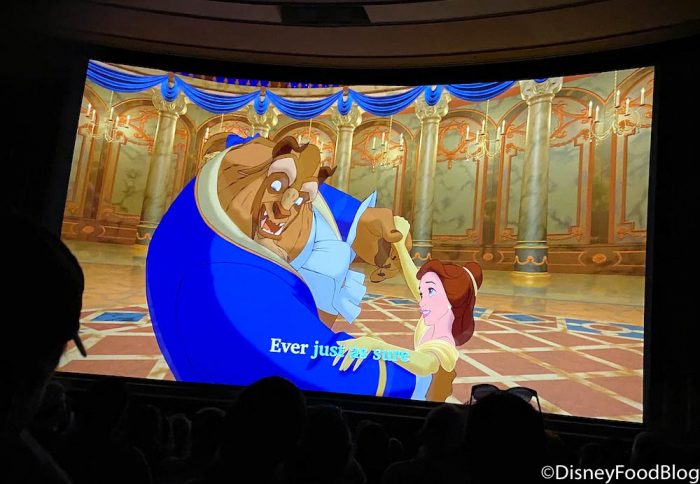 Beauty and the Beast Sing-Along

Plus, after you’ve finished singing your heart out to your favorite Beauty and the Beast songs, you can head over to the “Tale as Old as Time: French Storytelling on Stage and Screen” exhibit! 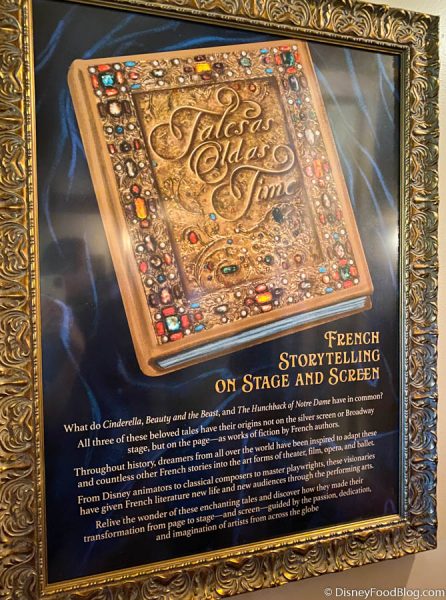 Tale as Old as Time Exhibit

While you’re there, you can check out “a collection of costumes, music, artwork, and more…” 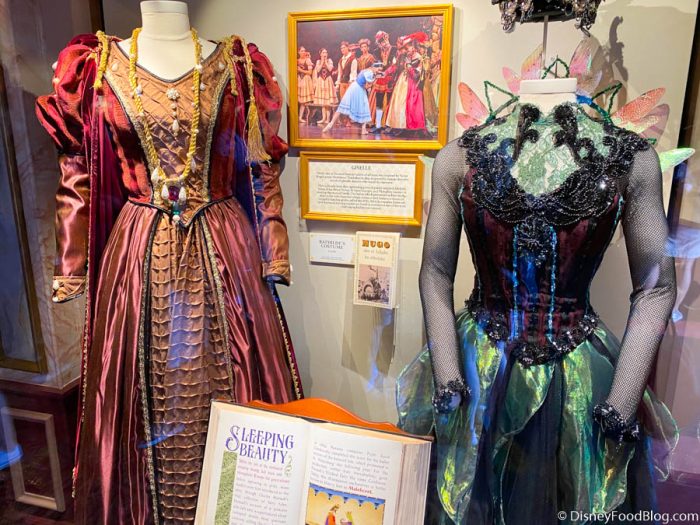 …all while viewing different “French literature in cinema, theater, ballet, and opera.” 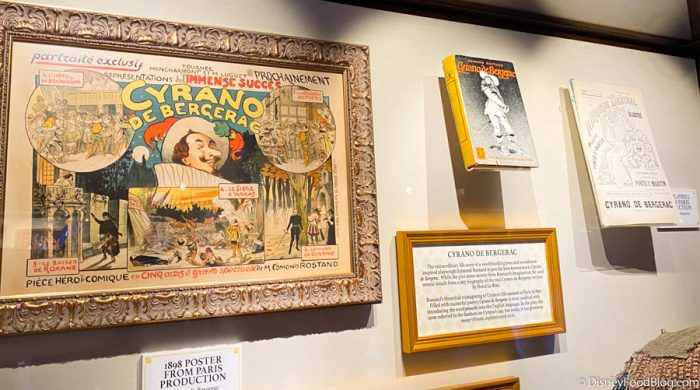 Check out the rest of the Tale as Old as Time exhibit here!

And as you probably already know, all of the new stuff that just opened at Epcot today is only a piece of the puzzle as this classic Disney World park undergoes its major transformation! The Beauty and the Beast Sing-Along will be joined by Remy’s Ratatouille Adventure in the summer of 2020 and in 2021 we’ll be riding on Guardians of the Galaxy: Cosmic Rewind!

Beauty and the Beast Sing-Along Theater

And don’t forget, today is also the FIRST day of the 2020 Epcot International Festival of the Arts. You can follow along with us live here!

Are you happy to see new life breathed into this Disney classic or are you a Beauty and the Beast purist? Let us know your thoughts in the comments below!