We’re no strangers to the Rebellion, having ridden Rise of the Resistance quite a few times by now!

But today we spotted the BEST NEW STAR WARS RIDE we’ve ever seen! (We think it’s definitely going to ensure the good guys end up on the right side of history in their epic battle against the First Order!)

Check out this incredible Star Wars stroller that we just stumbled across at Disney World today! While we’re used to seeing park guests distinguish their strollers (which all tend to look alike) with decorations such as balloons, ribbons or signs, we’ve never seen a stroller stand-out quite like THIS ONE! 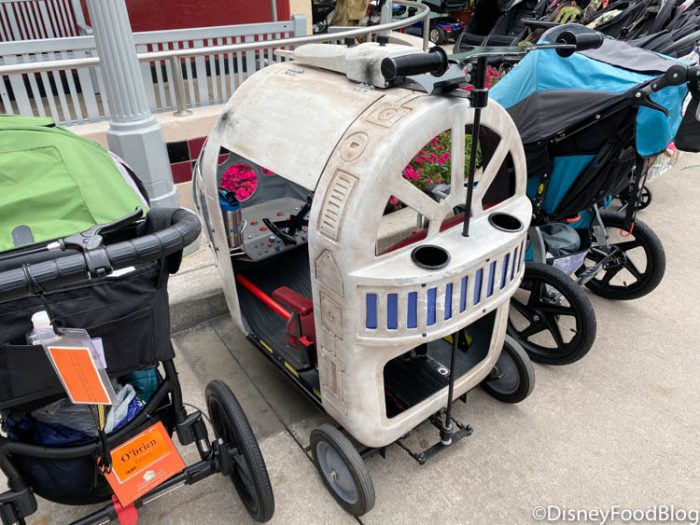 From the back, the Star Wars Stroller kinda looked like a droid — WITH CUP HOLDERS! But we were intrigued enough to circle around to the front! 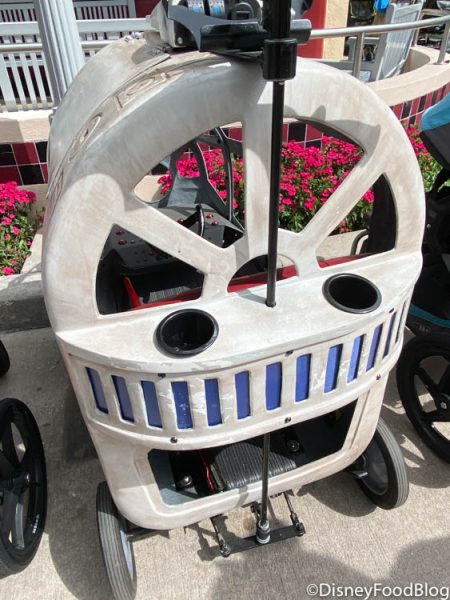 Um yeah, some lucky little Han Solo or General Leia is rollin’ around in their very own Star Wars whip! 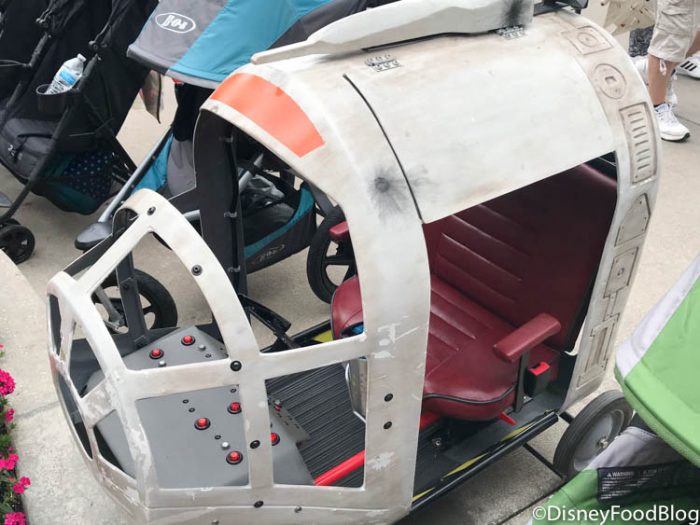 There’s even a “steering wheel” and control panel with buttons you can press like the ones you use to pilot the fastest hunk of junk in the galaxy on Millennium Falcon: Smugglers Run! Believe it or not, we even saw some USB ports for charging your electronic devices! 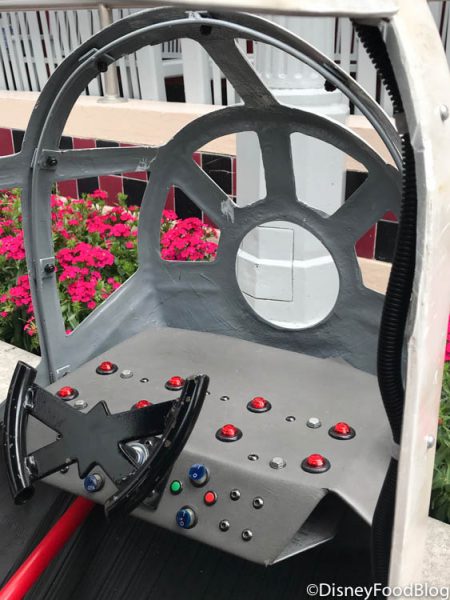 In fact, this stroller even looks like its seen battle! Whoever painted this rolling tribute to the iconic sci-fi saga carefully distressed the finish. They also included a few areas where the stroller was struck with blasters! It appears to only have been minor surface damage and no actual babies were harmed, though! That’s a relief! 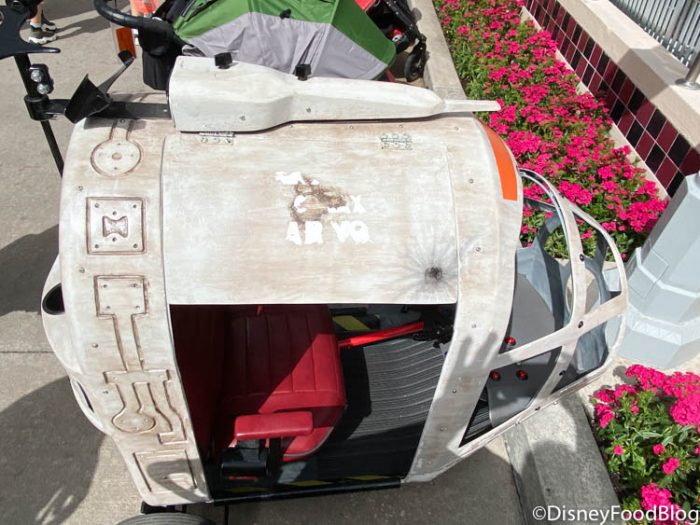 Can we get whoever made this Star Wars Stroller do up our cars LIKE THIS? We’d love to take our love of Star Wars on the road with us!

Would you rent this Star Wars Stroller? Let us know in the comments below!

« YAY! We Finally Know What the Baby Yoda Build-A-Bear Will Look Like!
Merchandise Revealed for the 2020 Disney California Adventure Food and Wine Festival! »