We’ve been hanging on every detail of the new space-themed restaurant that is currently still under construction in Epcot.

And while Space 220 Restaurant has experienced a few setbacks (it was originally supposed to open in the winter) it seems the final details are finally falling into place — including its flatware!

We’re not normally ones to geek out over what the forks and knives look like at our favorite Disney World’s restaurants, but it seems like all of that’s about to change! You see, Space 220 is pulling out all the stops and is going super high-end with their outer space table settings!

Read everything you need to know about the new Space 220 before it opens HERE!

Total Food Service, a source that follows the food industry closely, recently disclosed what Space 220’s new flatware will look like! For the ultra-modern restaurant which is set 220 miles above the Earth, The Patina Group (which is “launching” the new restaurant, has chosen a sleek, sophisticated style of cutlery called “Tilia”. It’s manufactured by Studio William Cutlery and its the black flatware shown in the image below!

“Tilia by Studio William really caught our eye due to its elongated shape. The line was extremely modern and had a space-age quality we couldn’t resist,” says Jaclyn Lerner, Art & Style Director for PRG. 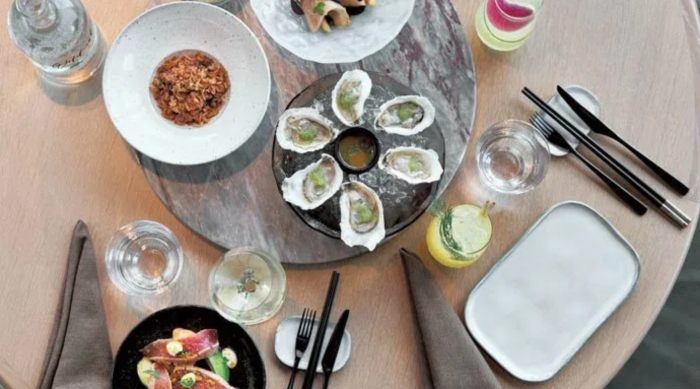 Armed with the pattern’s name and maker, we did a little digging and were pretty shocked by how much this stuff costs! If you want to purchase your own set of “Tilia” flatware, it WON’T come cheap! Service for four in the satin finish costs $328.54 while service for 6 is $480.18! Individual pieces cost $16-$24 on Studio William Cutlery’s website! Space 220 Restaurant is estimated to sit at least 350 guests at a time, so you do the math! 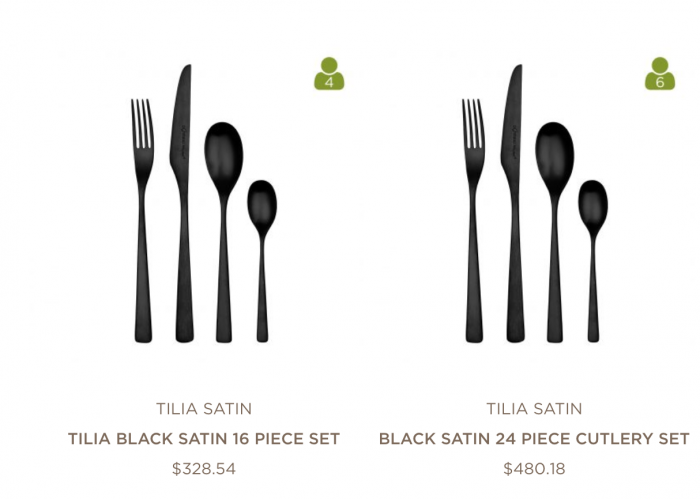 Check out what Space 220’s current construction looks like HERE!

Disney has yet to release an official opening date, but we’ll let you know as soon as we have confirmation TAKEOFF!

Read everything we know about Space 220 here!

Are you looking forward to Space 220? Let us know if you’ll be booking a meal when it opens in the comments below!

« Pack Your Swimsuit ‘Cause There’s a New Way to Save on a Disney Cruise!
This Popular Flower and Garden Food Booth Is STILL CLOSED in Epcot! »