Chocolate and caramel goodness put together is a treat we would GLADLY have every day!

And, Sunshine Seasons is one of the best spots in Epcot to stop by if you’re craving dessert. Although some of their treats rotate with the season, one of our all-time FAVORITES is getting a bit of a tweak for a short bit of time!

The Turtle Brownie has been a hidden gem in the bakery case at Sunshine Seasons for years (and we honestly would love an entire batch to ourselves). 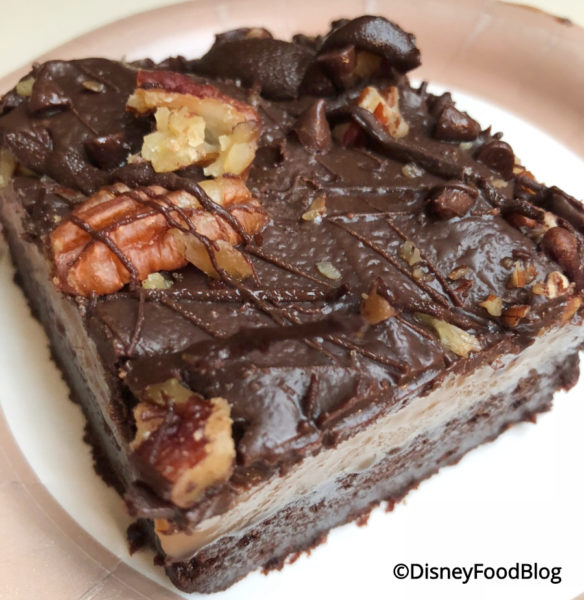 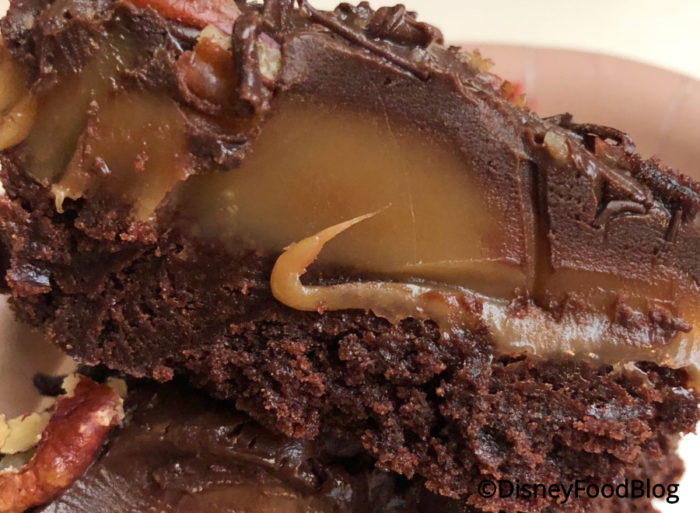 But, while we were at Epcot today, we found out that the beautiful Turtle Brownie has gotten a BIG CHANGE. Instead of the the thick layer of buttery, chewy, and salty caramel as per usual, the dessert is now a traditional brownie with a sweet caramel sauce on top instead. 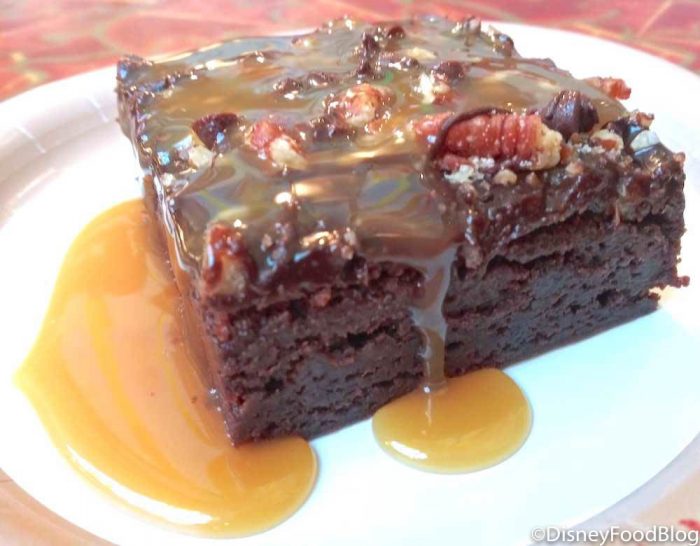 Buuut, don’t panic just yet! According to the Cast Members, they are waiting on a batch from a third party supplier so the chewy caramel is a no-go for right now. However, it will be BACK sometime soon (we’re just not sure when). 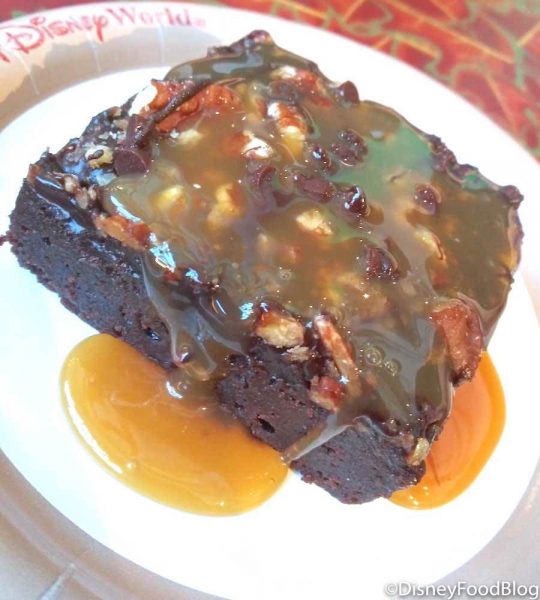 Although we miss the thick caramel in the middle, the brownie itself was still rich and surprisingly tasty. So, it was good as far as Disney brownies go, but we are still anxiously awaiting the return of our one true love, er, the original Turtle Brownie. 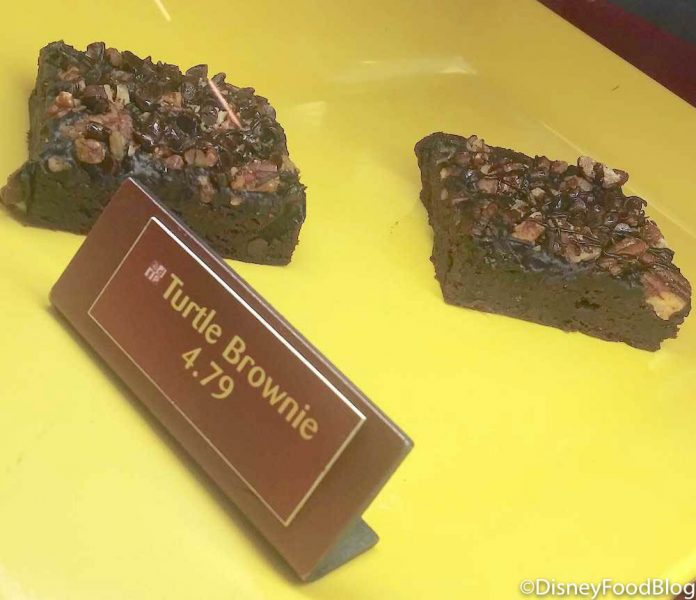 You can get the Turtle Brownie for $4.79 or a Disney Dining Plan snack credit at Sunshine Seasons. We’ll keep you updated on when our under-the-radar fave returns back to normal! (Hopefully it’s soon!) 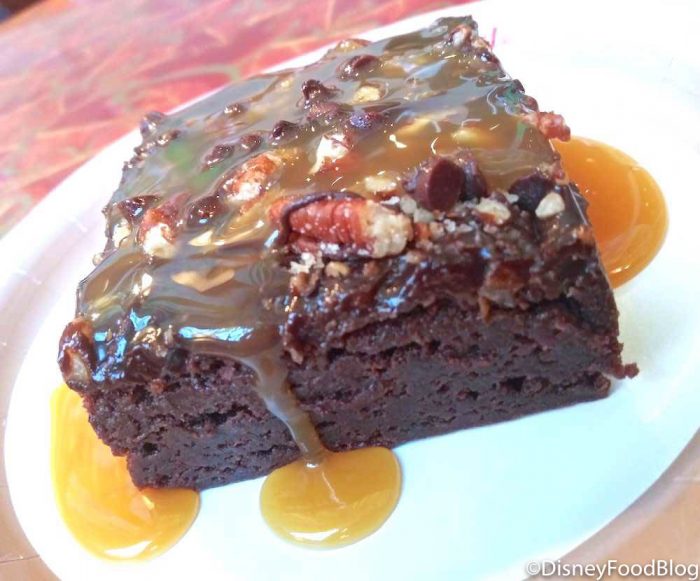 Stay tuned for all that chocolate and caramel news, friends!

Check out our full review of the original (and incredible) Turtle Brownie here!

Have you had the Turtle Brownie before? Let us know in the comments below!

« These Chic ‘Star Wars’ Loungefly Bags Are Bringing Us A New Hope!
News! Disney Releases a Statement Regarding New Safety and Cleaning Protocols! »