Disney World has fallen into a deep slumber since closing its theme parks on March 16th.

And while Disney officials were tentatively planning on re-opening Walt Disney World Resort April 1st, the temporary closure has just been extended.

Disney World will remain closed until further notice. Cast Members will continue to be paid through April 18th.

This news follows Orange County Mayor Jerry Deming’s recent stay at home order which will run from March 26th through April 9th. Even before this decision to extend its dates, this has been the longest Disney World has ever been closed. 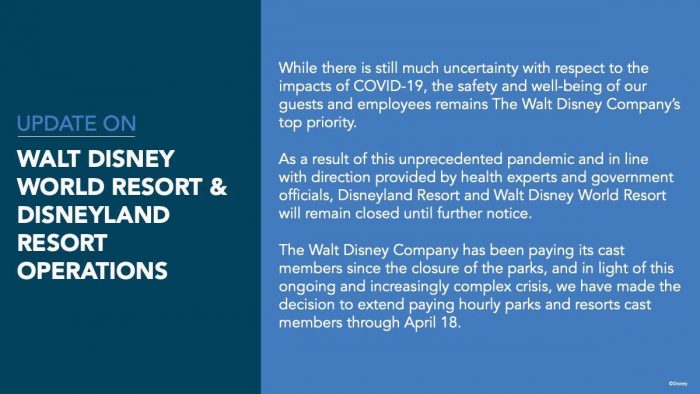 If you had plans to travel to Disney World during this time, you can check here to see what Disney World will refund as well as how to cancel your Disney trip here.

We continue to release more information regarding Disney World extending its temporary closure as it becomes available.