Between new attractions, restaurants, the Epcot Transformation, and prep for the 50th anniversary in 2021, Disney World has a ton of construction projects in the works.

When we first found out that Disney World was closing its gates, we wondered if Disney would use the time to make some serious progress on all of those projects. But we soon learned that wouldn’t be happening. Based on government recommendations, Disney decided to halt all construction projects.

Let’s start with Magic Kingdom. There were a few major construction projects in progress before the park closure.

Of course, front-and-center is the refurbishment of Cinderella Castle! 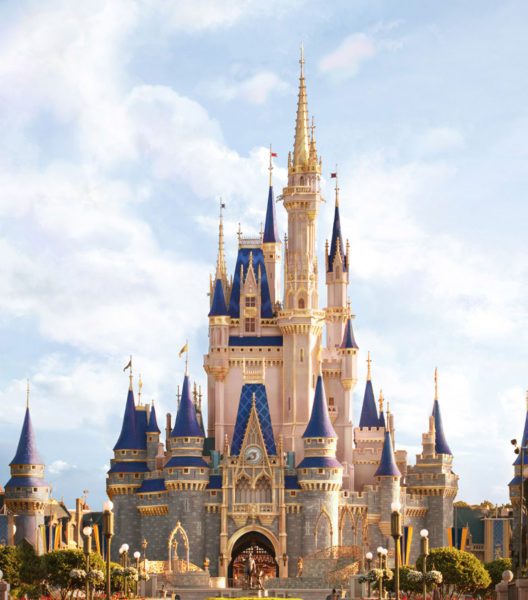 We stopped by the Magic Kingdom the day before the parks closed to check on the progress. We were already seeing a lot of the new colors come through, with the brighter blue shingles and deeper pink accents starting to emerge. 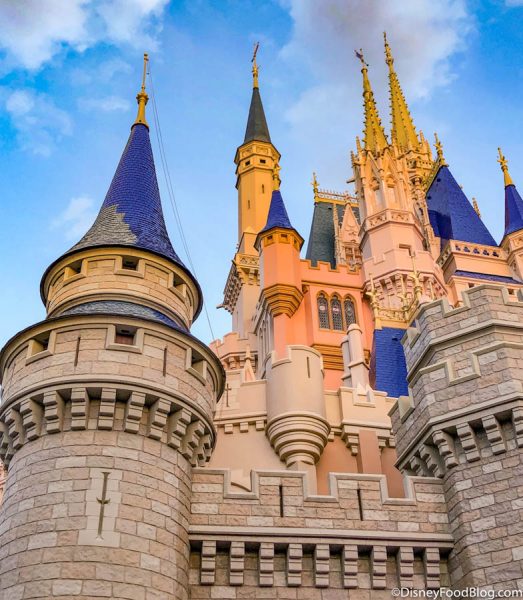 Even though the paint job was moving right along, the castle refurbishment was originally slated to continue through the summer of 2020. 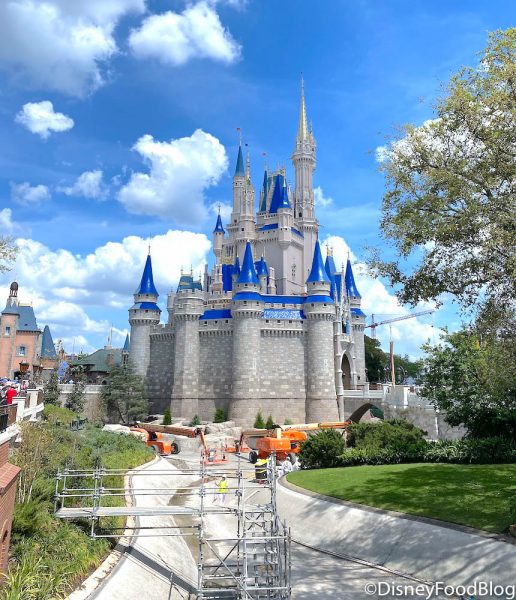 So, with the delays, the completion of the castle makeover may be pushed back as well.

Now, here’s a project we’ve been excited about for a while! Construction on TRON: Lightcycle Run was scheduled to be finished in time for Disney World’s 50th anniversary in 2021. 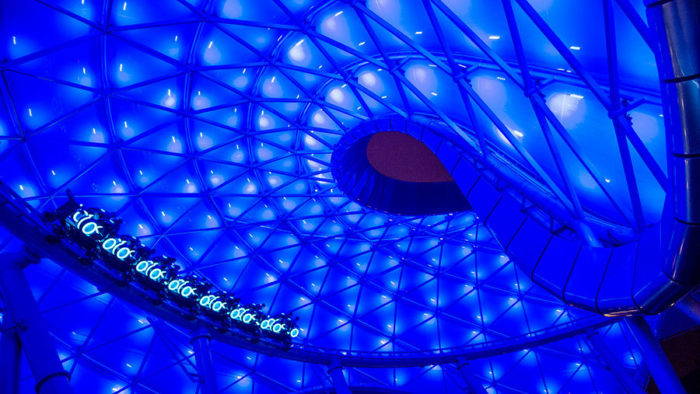 Again, it’s difficult to say exactly when construction can start back up on the coaster. We do know that the track was nearly done in November of 2019, so hopefully enough progress has already been made that the ride can still be opened by 2021. 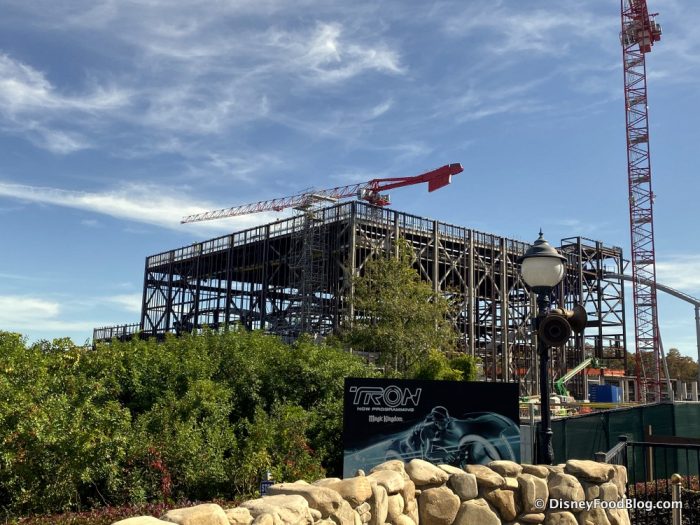 Epcot is where things start to get really dicey. Remember when both Toy Story Land and Galaxy’s Edge were being built in Hollywood Studios? Well, Epcot makes that construction look like a breeze! Read all about the Epcot Transformation here!

A huge section of Epcot is currently under construction, with the front entrance and Future World both in the middle of a MASSIVE overhaul. When the changes are finished, Future World will be segmented into three “neighborhoods” — World Celebration, World Discovery, and World Nature.

Disney hadn’t announced an expected completion date for this project, even before the park closure. 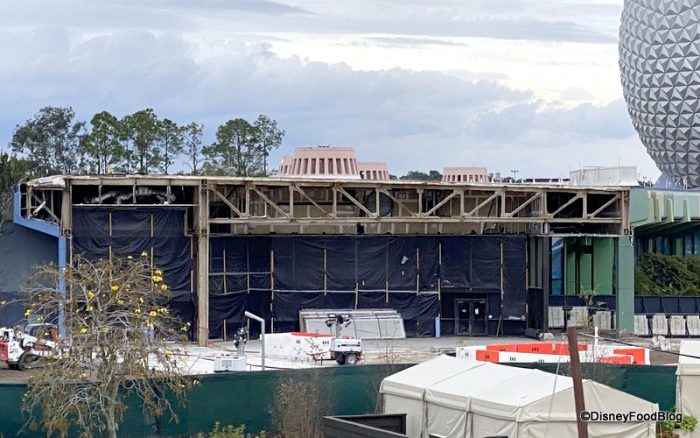 Now, we’re sure Disney World wanted the majority of this work done for the 50th Anniversary in 2021. But don’t forget that Epcot’s next big birthday is its 40th — coming up in 2022! Maybe Disney will postpone some of the work to complete with that projected timeline.

Take a look at the vision for the Epcot transformation!

Guardians of the Galaxy: Cosmic Rewind!

On top of the general overhaul, there’s also some major attraction and dining construction going on in Future World. Guardians of the Galaxy: Cosmic Rewind is slated to open before the 50th anniversary of Disney World in 2021. 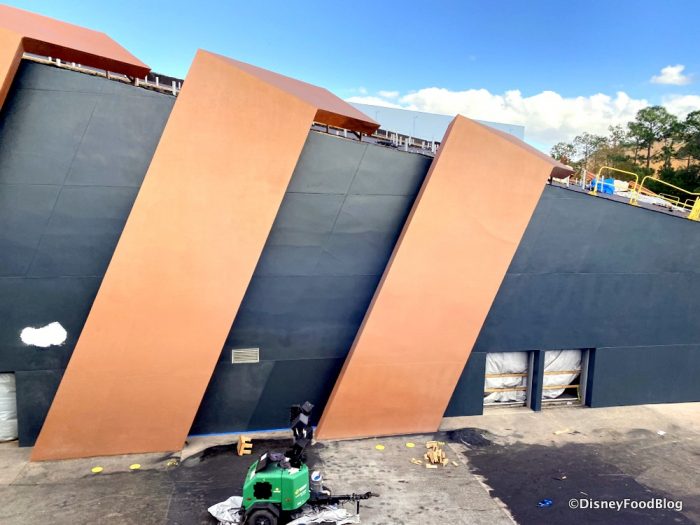 They seemed to be making some good progress on the construction prior to the closure, so we’ll keep our fingers crossed that we’ll still be able to ride this coaster (with a BACKWARDS LAUNCH and tons of other awesome imagineering!) by 2021!

Here’s hoping this ride has a kickin’ soundtrack like Guardians of the Galaxy — Mission: BREAKOUT! in Disneyland!!

Learn more about the FIRST coaster coming to Epcot here!

Sticking in that same general area and theme, the nearby Space 220 restaurant has already missed its original opening date. At first, it was scheduled to open in Winter 2019, but after several setbacks, including a Head Chef switch-up, the restaurant still isn’t completed. We want to see what a twirling wall of space fruit looks like!!!

Disney still hasn’t released a new expected opening date for the restaurant, but we’re hoping to see it open relatively quickly after the parks reopen.

That is, assuming their team doesn’t undergo any additional restructuring. Rotating fruit wall and Space Lounge, here we come!

Click here to see EVERYTHING you need to know about Space 220 before it opens!

Moving over to World Showcase let’s talk Remy’s Ratatouille Adventure!  This ride was scheduled to open in the summer of 2020.

There’s no official word from Disney on this (or any of the construction timelines), but between the scale of this project and the short amount of time until the projected opening date, we’re pretty sure this ride opening will be delayed somewhat. 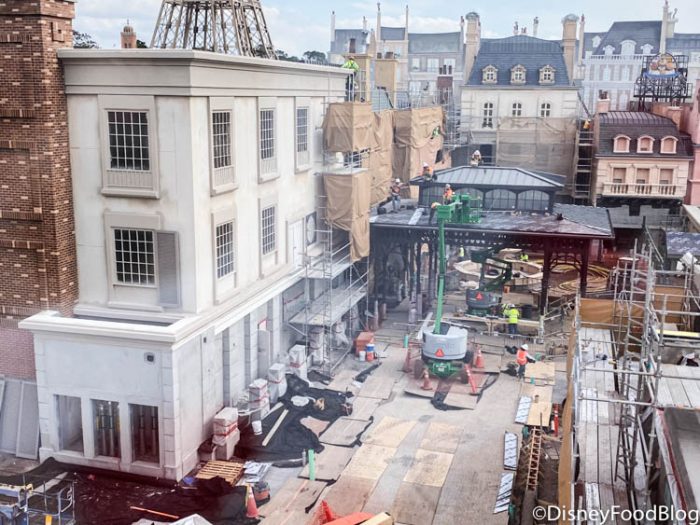 Granted, prior to closure, most of the work we saw was turning to the exterior, signaling things could possibly be father along on the inside than you might think.

Click here to see what you should know before this ride opens!

Remy won’t be the only new resident of the France Pavilion! La Crêperie de Paris, a new dining location that will offer both table-service and quick-service options, is under construction as well.

Prior to the closure, the restaurant was scheduled to open in summer 2020. Disney hasn’t released a menu yet, but the details they have shared are enough to have us daydreaming about all of the sweet and savory treats we can’t wait to try here!

Check out the details we have on Le Crêperie de Paris!

A “Mary Poppins themed attraction” was announced for the U.K. Pavilion at this year’s D23 event. But…we’ve seen no progress on it.

Questions are still swirling if this attraction will focus on the classic tale of Mary Poppins and the Banks children, or the newer Mary Poppins Returns. No information has been released detailing the scope, timeline, or vision of this project. We haven’t forgotten about it though!

The U.K. Pavilion will likely benefit greatly from it, and we’re all for this coming to fruition. But with the number of other construction projects in Epcot that are much farther along, we wouldn’t be surprised if Disney puts this one on the back burner. Here’s hoping that’s not the case!

Click here to see the little we know about this attraction!

Following Star Wars: Galaxy’s Edge opening and Mickey and Minnie’s Runaway Railway, there’s not a TON going on inside the park, construction-wise. The largest construction project at Hollywood Studios is technically…just outside of the park.

The Star Wars: Galactic Starcruiser hotel is another location originally scheduled to open in time for the 50th anniversary in 2021.

Again, no word from Disney on updated timelines as of yet. But since this is a super ambitious project involving a ton of technology and attention to detail, we wouldn’t be surprised to see a delayed opening. Here’s a look at the progress as of February 2020. 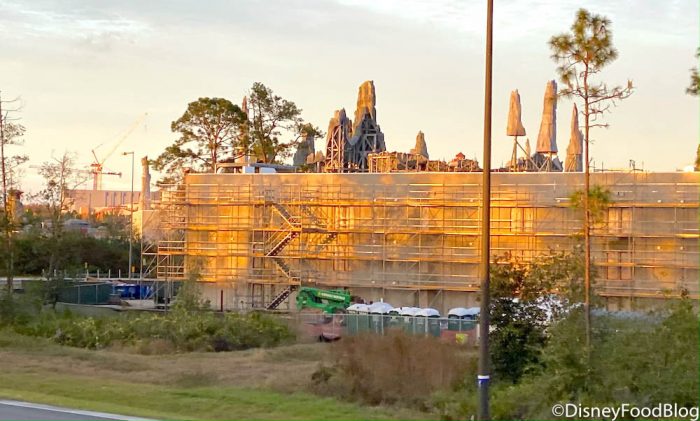 This incredibly immersive hotel promises to be a memorable experience for anyone who stays there. With so much involved, and an opening date still relatively far out, we’re hoping this makes its opening window still.

Click here to see everything we know right now about the Galactic Starcruiser Star Wars Hotel!

As far as INSIDE Hollywood Studios is concerned, we’re also keeping an eye on Roundup Rodeo BBQ, the new table-service restaurant coming to Toy Story Land! Disney has described the aesthetic vision as “a kaleidoscope of toys, games, playsets,” so it sounds like guests will be in for a rootin’ tootin’ time when this location opens! The original opening date for this restaurant was relatively vague to begin with — it’s set to open “sometime in 2020.” 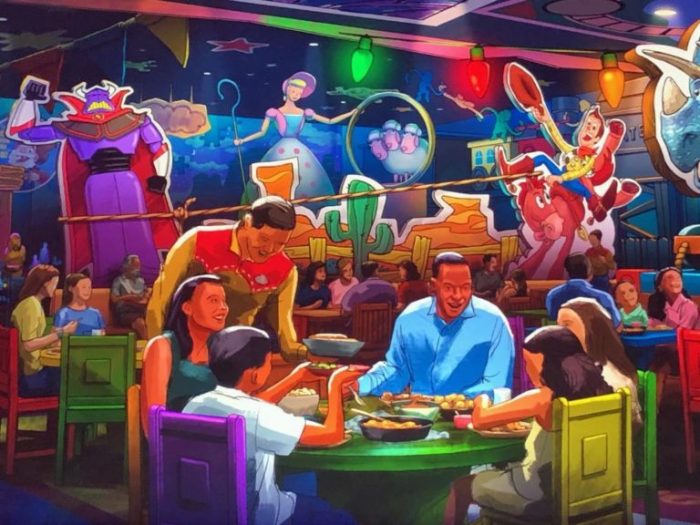 The construction walls have this one hidden pretty well, so it’s hard to tell what kind of progress has been made so far. Based on the looser opening timeline and relatively straightforward construction, it seems hopeful that this could potentially stay on track for opening this year. 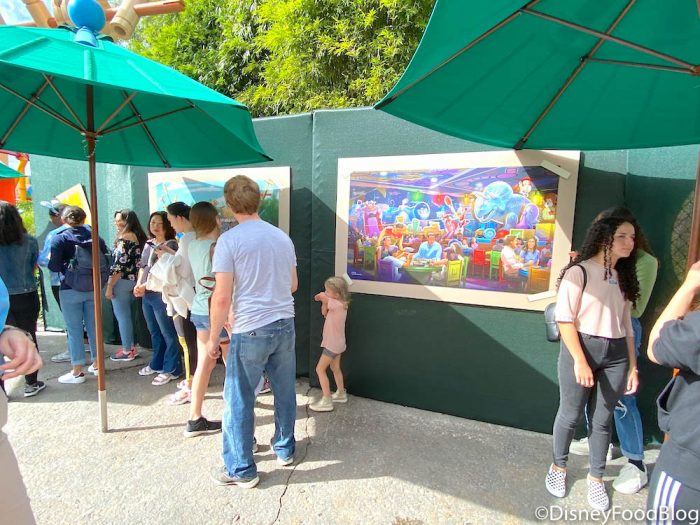 With the parks and all related construction shut down due to the current worldwide situation, there are a ton of major projects being affected. While we don’t have an official word from Disney yet on when construction will resume, we’ll be sure to keep an eye out for any updates to keep you all in the loop!

Which of these Disney World construction projects are you most excited about? Let us know in the comments!

« Lasso Up Your Fam to Play Andy’s Board Game Blast!
Why We’re Worried About Disney World’s Space 220 Restaurant »