Right now, a lot of us are experiencing some MAJOR post-Disney blues since we haven’t been visiting the parks! 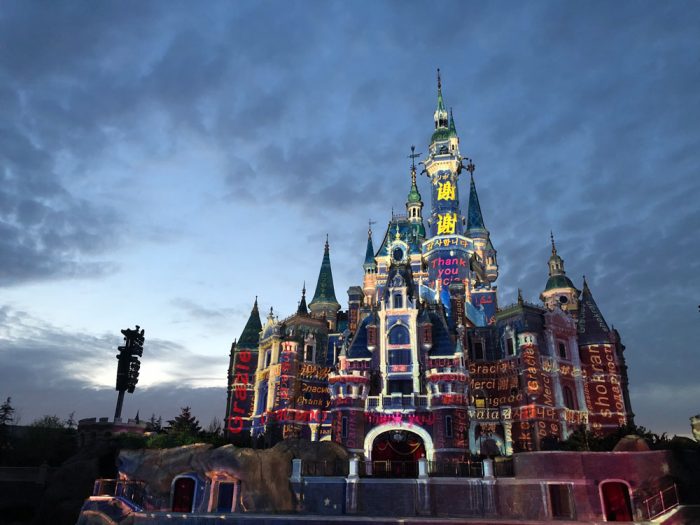 Although Disney has been trying to do everything they can to help by donating excess food, donating masks and other materials, and even extending Annual Passes, the company may still take a hit financially with the recent closures. Since ALL the Disney Parks are closed (which hasn’t happened before now) and Disney Cruise Line sailings are cancelled, Disney is likely to see some changes in the aftermath. And now we have insight into just how much the closures are impacting the value of the Walt Disney Company.

And, according to Business Insider, Wells Fargo analysts estimate that Disney’s business value has dipped by 26% with the recent closures and cancellations.

Wells Fargo has projected Disney’s enterprise value for the next 12 months at $244 billion, which is significantly less than the $331 billion estimate from before the closures. After taking on more debt and experiencing a decrease in stock value, Disney’s enterprise value is currently $213 billion. A lot of this is due to the fact that the parks aren’t in operation (no guests, no park income).

Since Disney has said that they won’t be opening their parks “until further notice,” Wells Fargo predicts that they will have no revenue for rest of the company’s fiscal year (ending September 30th). They also predict there will most likely be fewer people in the parks after the reopening if Disney tries to implement a restriction on crowds. They believe the parks may only hit half of their capacity, even with Disney World’s 50th anniversary coming up in 2021.

Although many of our readers have stated that they would feel safe going back to Disney as soon as the parks reopen, analysts predict it may to take a bit of time (maybe even two years) before things go back to the way they were. As reported by Wells Fargo, these are the values for Disney’s business sectors currently compared to their value before April 7th, 2020: 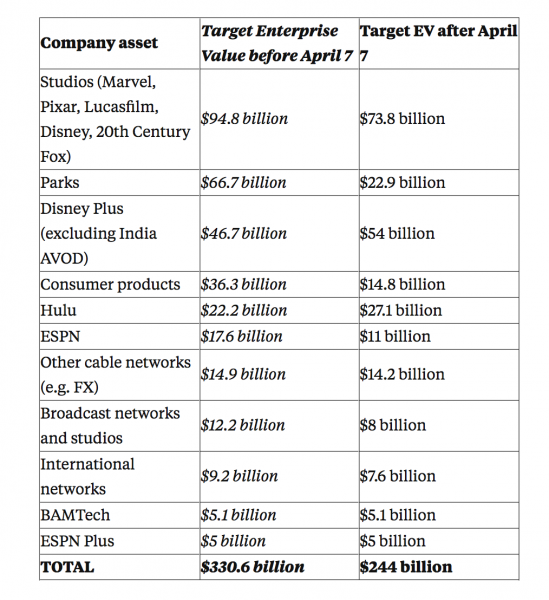 According to the analysis, some of the select Disney sectors currently seeing an increase in value are the streaming services Hulu and Disney+. Since the parks have closed, their target enterprise value has dropped by $43.8 billion. Even with the Disney executives taking salary cuts, the Walt Disney Company may still feel the impacts of the latest events for quite some time. We will continue to keep you updated as we learn more about the closures and how the Walt Disney Company is handling them!

Check out everything you need to know about the Disney closures here!

Will you be going back to the Disney Parks when they reopen? Let us know in the comments below!