Well, the days certainly are being to blend together a little bit (we were still under the impression today was the 368th day of March this morning!).

And if you’ve been distracting yourself with other means of entertainment lately now that the Disney parks are closed, we totally don’t blame you!

But since you’ve been laying low these last few days, you’ve probably missed a bunch of the Disney news that’s been happening this week. The parks might be closed, but that doesn’t mean the news has stopped rolling in! In fact, these last few days have been HUGE!

Disney College and Cultural Programs Have Been Canceled

Disney’s College Program and International Program interns that were due to arrive throughout early June will now be refunded for their application fees and are being encouraged to reapply when the time comes. Disney had also previously released all of its former college and cultural program participants who were working at the parks before they shut down.

The departments which have been especially impacted by this recent decision include marketing and distribution. Disney has had to delay the release of many films including Mulan, which was originally set to debut in March. During the furlough, affected employees will remain employed by Disney, and will still receive full health care benefits (with the cost of employee and company premiums paid by Disney) along with the ability to use any accumulated paid-time off. 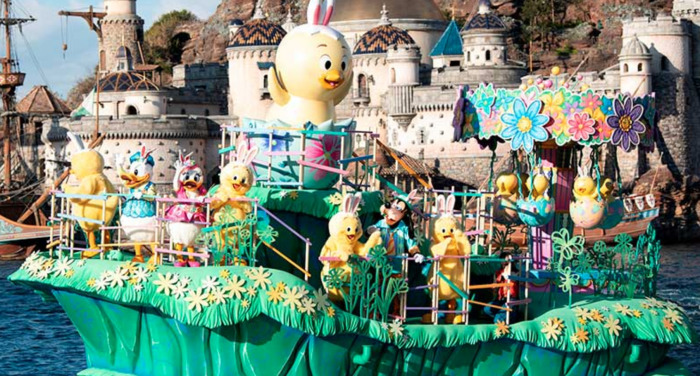 The decision to postpone reopening the park came shortly after Japan’s Prime Minister issued a state of emergency for all six prefectures and ordered residents to stay home for the next thirty days. Tokyo Disneyland says they’ll now be determining when they plan to reopen sometime in mid-May.

Universal Studios Resort reported it would be closing on the same day Disney World made its decision to shut down at the end of day on March 15th. Previously, they had extended their temporary closure once before, and now Universal Studios has just pushed back their reopening timeframe again. 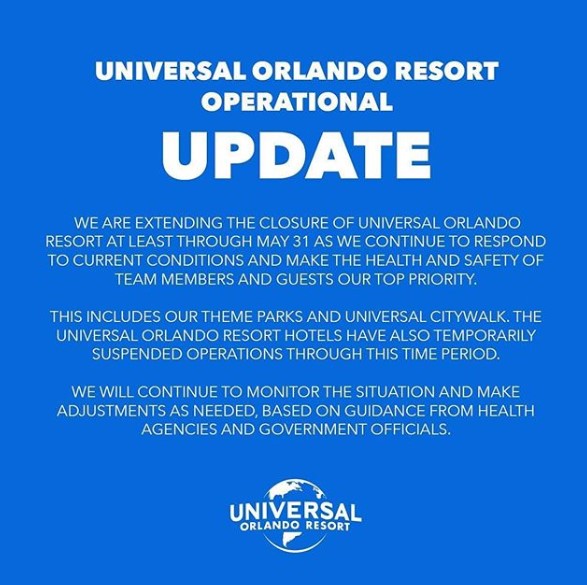 The closure has now been extended through at least May 31st as the Universal Studios Resort continues to monitor the current health situation.

In what is proving to be a tough economy, Disney’s stock has been trending downward. But there was a glimmer of hope. The Walt Disney Company stock has actually begun to rise!

A few days ago, Disney publicized they had signed up over 50 million Disney+ subscribers around the world. In light of this major milestone, Disney stock began to surge at 5.4%. As of writing, Disney’s stock is still down 30.1% for the year, while the Dow has declined 17.9%.

Although Bob Iger is no longer the CEO of Disney, he recently spoke about the impact the park closures are having on The Walt Disney Company.

In addition to top Disney execs taking pay cuts, the company has been taking on new debt, and even purchasing a new parcel of land. Iger stated Disney would “have access to capital that will keep [them] more than solvent through a prolonged period.”

Read more of the statements Bog Iger made this week here

Iger also believes that to get back to pre-closure park attendance, “people will have to feel comfortable that they’re safe.” To make people feel safe, Bob Iger said Disney might implement mandatory temperature checks to enter the parks — it’s something they’re strongly considering.

And that’s it! It can be hard keeping up with all of this stuff! But don’t worry — that’s why you have us! We’ll continue to follow all of it for you and keep you in the loop — you know, in between whatever else you might have going on right now!

Are you surprised by any of the recent tough decisions Disney has had to make this week? Let us know in the comments below!

« NEWS! Disney Cruise Line Cancels Further Sailings Into May 2020
News! Disneyland’s Frontierland is Getting a NEW and Improved Entrance! »