Over a month ago it was announced that all Walt Disney World owned and operated hotels would be closing on March 20th. Since then, that closure has been extended “until further notice.” 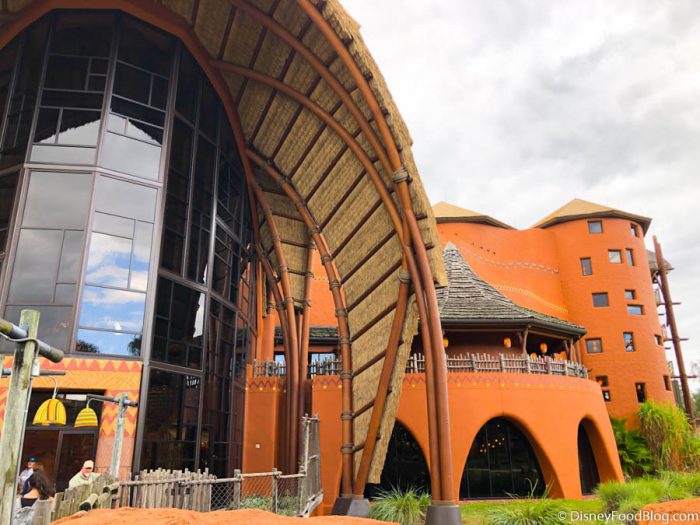 We’ve been waiting to hear anything about a reopening of any part of Disney World. Some analysts have ventured to guess that we will see Disney World back at it on June 1st; that’s the first day that Disney is currently accepting new room reservations. However, TripAdvisor lists a different date entirely.

We were alerted to the different date on TripAdvisor by a friend of ours, so we went to check out the All-Star Movies page on the site. It reads, “Update from hotel: This property is temporarily closed until 07/30/2020.”

Clicking through other TripAdvisor entries for Disney World we saw the same message on all hotel pages. 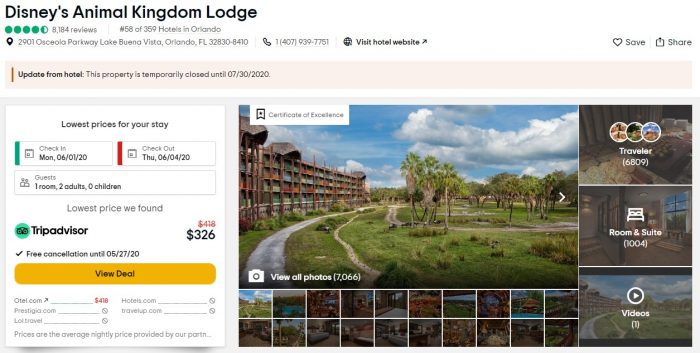 But upon trying to book a room, we were able to select a booking for most days after June 1st, which is the date Disney World hotels are bookable on the Disney World website as well. So we’re guessing this July 30th date listed on TripAdvisor is simply a placeholder for liability purposes. 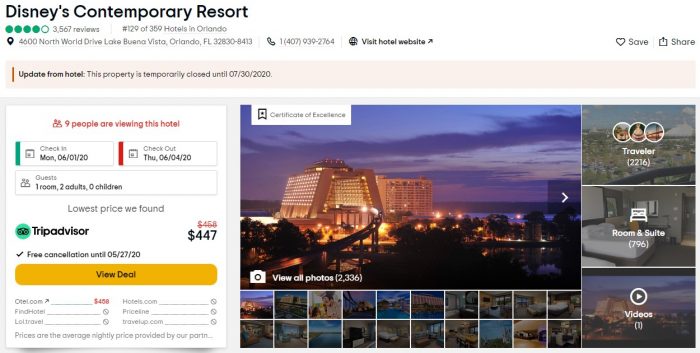 After we’d done all the looking we could on TripAdvisor, we decided to take a look at other travel deal sites. Expedia had no specific date listed in their disclaimer; just that the global health crisis could have caused travel restrictions in the Florida area.

The exact same message as the one on Expedia is currently displayed for all of the Disney World hotels on Travelocity as well. Both of the other sites are also allowing bookings for June 1st and later. 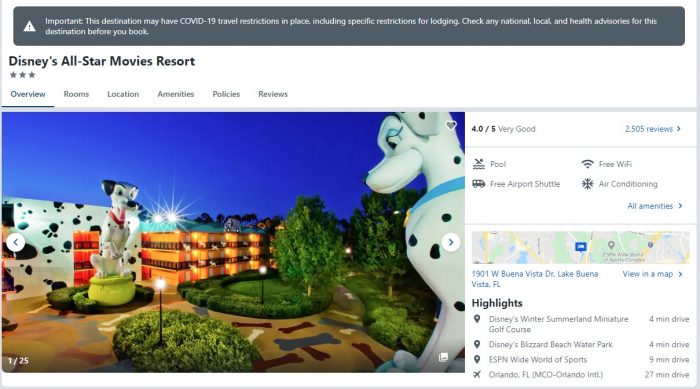 So does TripAdvisor know something we don’t? Probably not. They’re most likely covering their bases in case hotel openings are further delayed. But we’ll be keeping an eye on it just in case. All closure extension or reopening details will come directly from Disney and they’ve still not noted an official opening date for any part of Disney World or Disneyland.

Click here to learn more about the closure of the Disney World hotels!

« The Force Is Strong with This EXTREMELY Authentic Ronto Wrap Recipe from Galaxy’s Edge!
DFB Review: Lunch at the Paddock Grill at Disney’s Saratoga Springs Resort! »