Talk about some “pent-up demand!” As you’ll recall, due to the temporary closure, Disney World had to cancel its Star Wars Rival Run Weekend which was to take place in April this year. 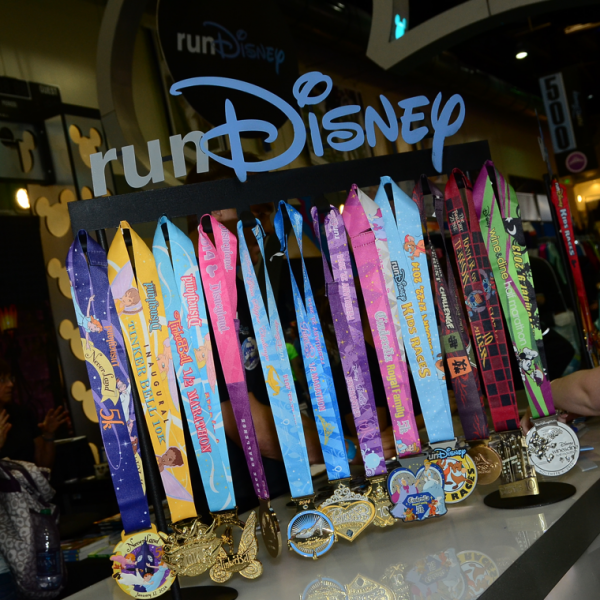 And today, general registration (which was initially postponed) for the 2021 runDisney Walt Disney World Marathon Weekend opened! But faster than the fastest hunk of junk in the galaxy (a.k.a. The Millenium Falcon!), all of the spots are almost ALL GONE!

Usually, it takes a little while for some of these events to sell-out, with certain runDisney races not booking up until closer to the BIG DAY! But even though the 2021 Walt Disney World Marathon Weekend is over 238 days away, almost all of the races have already SOLD OUT!

We’re not sure if the 2021 Walt Disney World Marathon Weekend sold out so quickly because the demand is simply that high or if Disney is potentially selling fewer tickets. Whatever the case may be, the only race that is still open for registration at this time is the Disney Castaway Cay Challenge which requires a separate Disney Cruise Line package to participate! 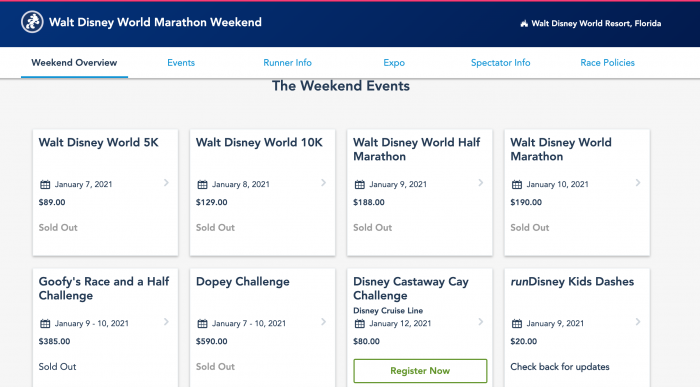 The 2021 Walt Disney World Marathon Weekend is still scheduled to take place on January 6th through January 10th in 2021! If you were planning on running this year, we hope you were lucky enough to snag your tickets, otherwise, you might have to wait until June 16th, 2020, when the 2021 Disney Princess Half Marathon Weekend registration opens!

Are you planning to race in the Walt Disney World Marathon? Let us know in the comments below.