Earlier this week we shared the Orange County Convention Center in Orlando, Florida was preparing to host a major national sporting event next month. 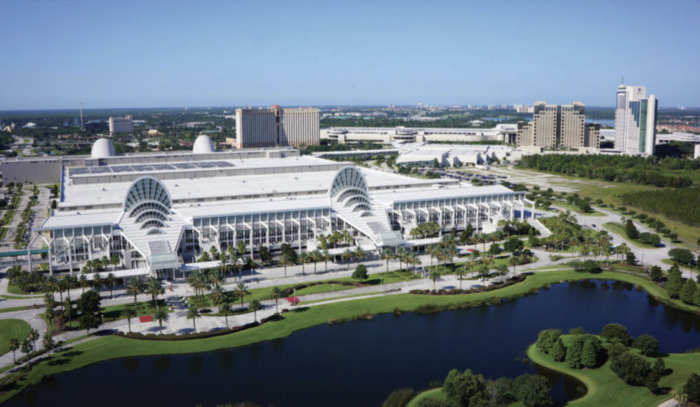 But as first reported by the Orlando Sentinel, the Amateur Athletic Union has now decided today to reschedule its championships to July 14th.

The 12-day junior volleyball championships would have been the first major sporting event held at the convention center since March, bringing athletes and their fans together from all across the country.

“Upon further conversation, and taking into consideration the ongoing findings of the Orange County Economic Recovery Task Force, the Orange County Convention Center and the Amateur Athletic Union of the United States Inc. have mutually postponed the 47th AAU Junior National Volleyball Championships to a later date,” a statement released by the volleyball officials read.

“Our goal has always been to host the AAU Junior National Volleyball Championships when, and where, it was deemed safe to do so and with all necessary containment and mitigation measures in place,” Roger Goudy, AAU president and CEO added.

Volleyball officials have been discussing new safety measures for the event which is now to take place in July. They’re planning on doing temperature checks of the participants before they compete as well as sanitizing volleyballs and courts and spacing courts farther apart. Teams will be limited to 30 members and players will be discouraged from giving each other high-fives or handshakes.

So far, 27 shows at the Orange County Convention Center have been canceled. We’ll continue to provide updates on this developing story.

« NEWS! Florida Sports Venues Are a Go As Florida Moves Into the ‘Full Phase One’ of Reopening
Here’s EVERYTHING Coming to Disney+ in June! »