Today, the storm known as Isaias has been officially declared a tropical storm. We’re watching closely as the storm inches closer to the Florida coast.

The National Hurricane Center has claimed that Isaias has formed over the Caribbean Sea and could possibly head towards the Florida coast. Florida has already closed COVID-19 testing centers in preparation for the storm. The storm is sustaining 60 mph hour as of 8:00AM and is roughly 100 miles west-southwest of Ponce, Puerto Rico.

According to the NHC, the forecast cone shifted east last night and is showing that the storm may pass the east side of Florida and toward the Carolinas this weekend. 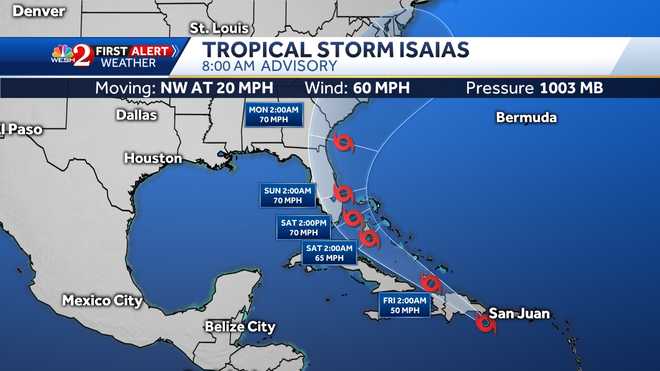 Heavy rains from Isaisas have pelted the eastern Caribbean, passing south of Puerto Rico and headed for Hispaniola. The storm is expected to cross the Dominican Republican and Haiti on Thursday. 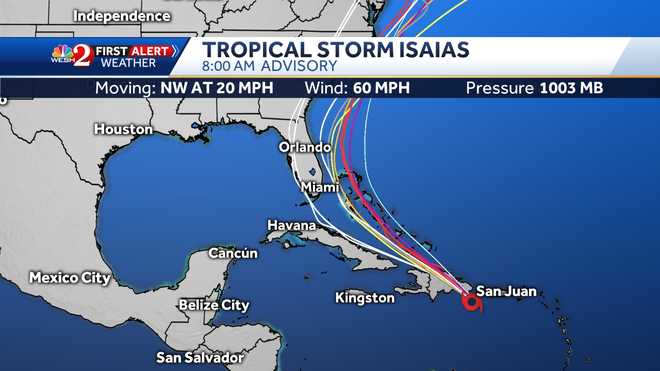 It’s unclear whether the storm will reach central Florida and affect the Disney World area. The NHC also suggests it could possibly shift course again or weaken significantly and break up. We’ll keep watching for updates to inform you of the storm’s progress.

Be prepared with our 6 Tips for Planning a Disney World Trip During Hurricane Season here!

Are you planning on visiting Disney World soon? Let us know in the comments!

« Every Country Has A Favorite Disney Movie — And You Might Be Surprised At A Few!
NEWS: Disney and Pixar Announce ‘Luca’ — a New Film Coming to Theaters Summer 2021! »