There has been a TON of news about lightsabers in Disney World recently! 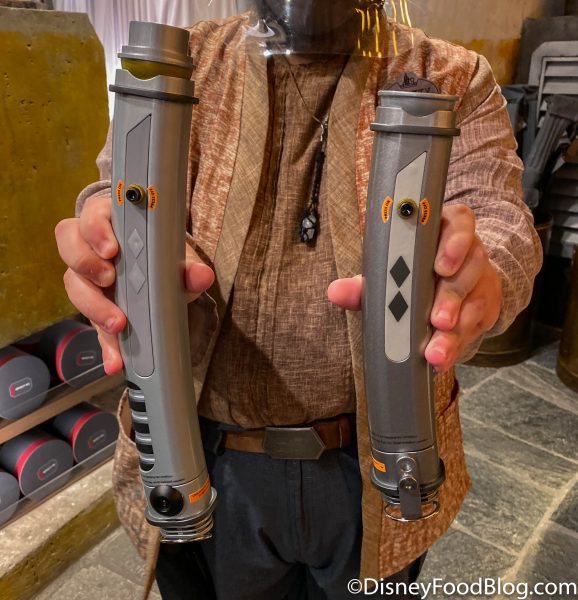 Two new Legacy Lightsabers arrived in Galaxy’s Edge not too long ago (Count Dooku and Ahsoka Tano), then we spotted a sale on lightsaber blades at Dok Ondar’s, and just yesterday, the voice of Ahsoka Tano, Ashley Eckstein, stopped by Disney Springs to autograph several lightsabers that sold out incredibly quickly! Disney’s been releasing new lightsaber designs left and right, and now we have THREE more lightsaber hilts that just dropped online! 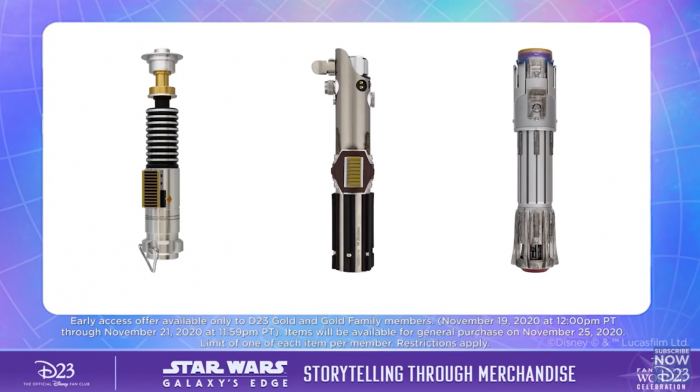 D23 members have exclusive access to shop these hilts until tomorrow, November 21st, at 11:59PM PT. During this window of time, there will be a limit of one item per member. Then, on November 25th, the hilts will be available for purchase by the general public! 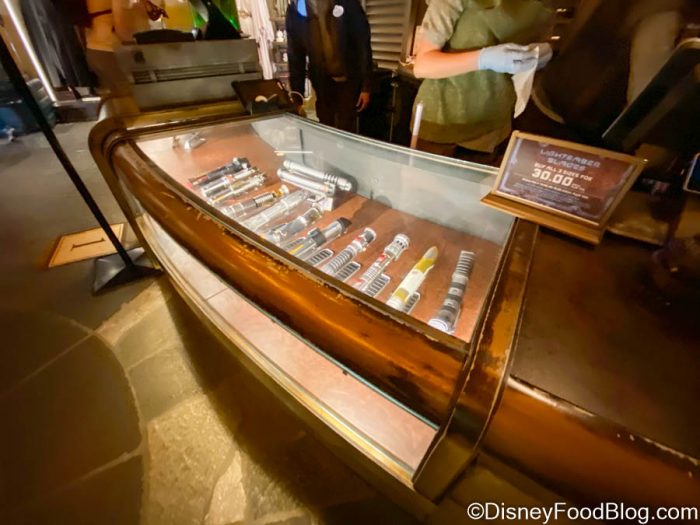 There’s no word of whether or not these lightsabers will arrive at Galaxy’s Edge in the future, but we’ll keep our eyes out for any more news. If you’re a D23 Gold Member in the market for the most civilized weapons in the Galaxy, act fast! Stay tuned to DFB for the latest in Disney news, including updates on all the amazing Star Wars merchandise!

Check Out This New Droid in Galaxy’s Edge!

Will you be purchasing these new hilts? Tell us in the comments!

« Step Aside, ‘Hamilton,’ This Disney Ratatouille TikTok Rap Is Where It’s AT
Food News! Here’s the NEW Family-Style Menu for The Crystal Palace in Disney World! »