It’s been a dream come true to step back into a Disneyland Park, even if Buena Vista Street is only open as an extension of Downtown Disney.

While we have had some pretty iconic food (and not-so-great eats), we’ve also been doing our holiday shopping back in Downtown Disney recently! We may have just found the dreamiest pin set a Disney fan will ever see over at Pin Traders. ?

Whether you grew up with the Backstreet Boys or were a major One Direction fan, boy bands have been making the music industry go ’round for a while now. And, it looks like the Disney Princes are forming a boy band to end all boy bands with the latest hunky pins! You might be a big fan of Aladdin or melt for Hercules, but you can also take home Gaston and the Beast in the Boy Band Weekly Pin Set. 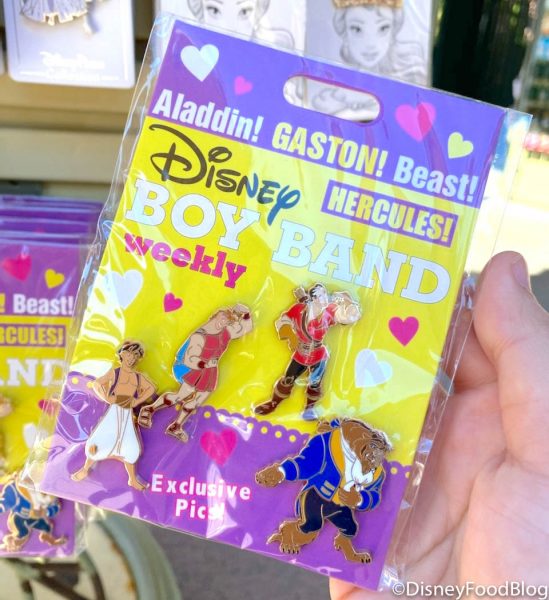 The pack of 4 pins is available for $24.99 to wear while you jam out to their bops, like “A Whole New World” or “Go the Distance.”

It looks like the Disney Princes might be taking the spot of heartthrobs like NSYNC, and we don’t mind one bit. As we continue to make our way around Disneyland, we’ll give you a look at all the new merchandise we find around Downtown Disney!

Take a look at the ADORABLE kitchenware we found in Disneyland!

Who is your favorite Disney Prince? Let us know in the comments below!