Today’s a great day for Disney fans! At the Walt Disney Company’s virtual Investors Day, Disney is sharing tons of details on new films and series coming to Disney+!

We’ve got details on new Disney princess shows, new Star Wars shows, and remakes of classic movies. Over the next few months and years, there’s going to be so much content on the platform that it’ll take us AGES to binge-watch everything we want to! We also got some details on shows we already knew were coming, like a Marvel show that’s launching in a little over a month!

We’re expecting lots of great content from Marvel in the future, but some of it will be coming a lot sooner than others! WandaVision, a new show on Disney+ that follows Avengers heroes Vision and Wanda Maximoff/Scarlet Witch is premiering on January 15th, 2021. 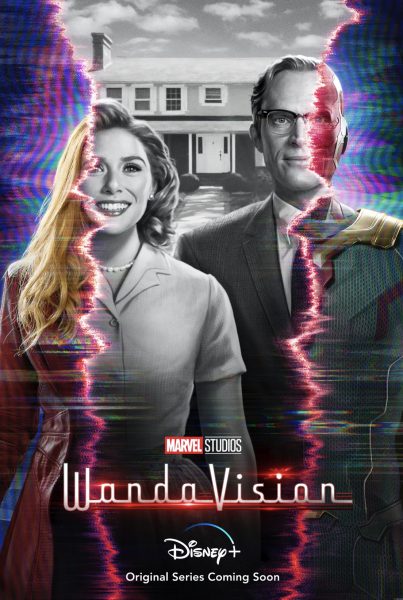 This show is set to be a mix of superhero tales and classic American television, with Wanda and Vision “stuck in the suburbs” so to speak. Elizabeth Olsen and Paul Bettany are reprising their roles from the Avengers movies, and we’re very excited to see them back on the screen together. Check out the latest trailer below!

In a little over a month, we’ll get the chance to stream this show on Disney+! We’re pumped for all the new entertainment coming soon to the streaming platform and we can’t wait to share more details with all of you!

Click Here to Learn More About the Final ‘Indiana Jones’ Movie Coming in 2022!

Will you be streaming this new show on Disney+? Tell us in the comments!