Welcome back, DFB friends! We’re here with another What’s New at Magic Kingdom! 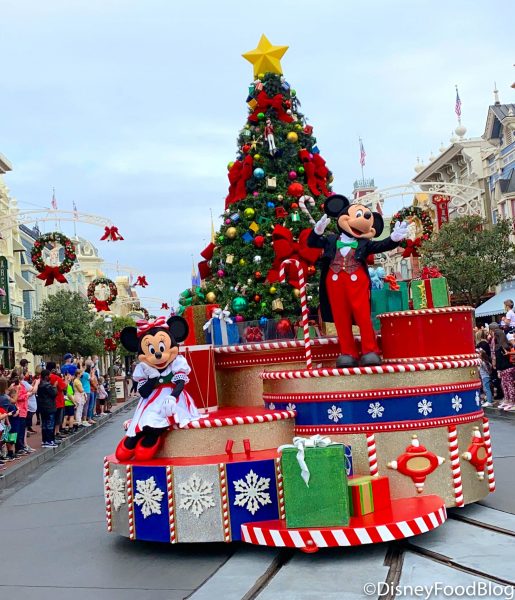 And, we’ve got plenty of to share with you! So, what are you waiting for? Let’s dive right on in!

The next time you want to pick up food from spots like Westward Ho and Sleepy Hollow, Disney has put microphones and speakers on the plexiglass barriers. 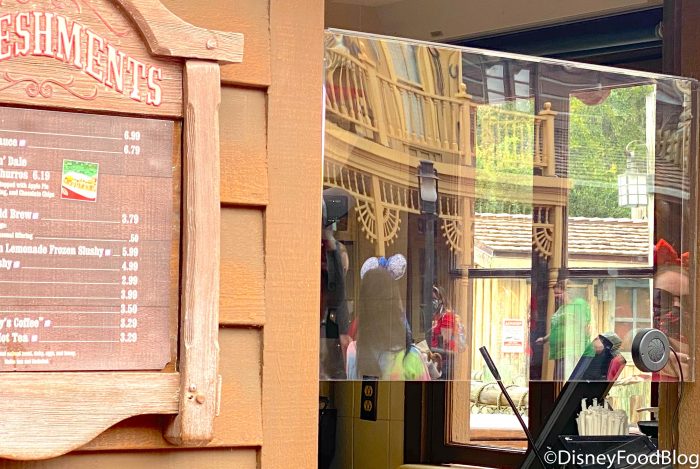 This will hopefully make ordering easier (which makes us want to have even more snacks).

As you cuddle up during your next movie night, you can chill out with the new Up Pillow with little fuzzy pom pom balls for $34.99… 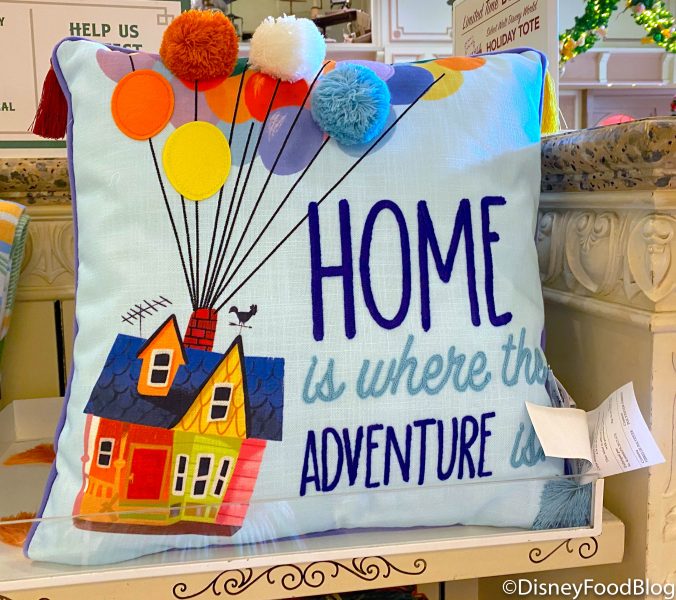 …as well as the Up Blanket that features the cutest couple EVER with Carl and Ellie for $39.99! 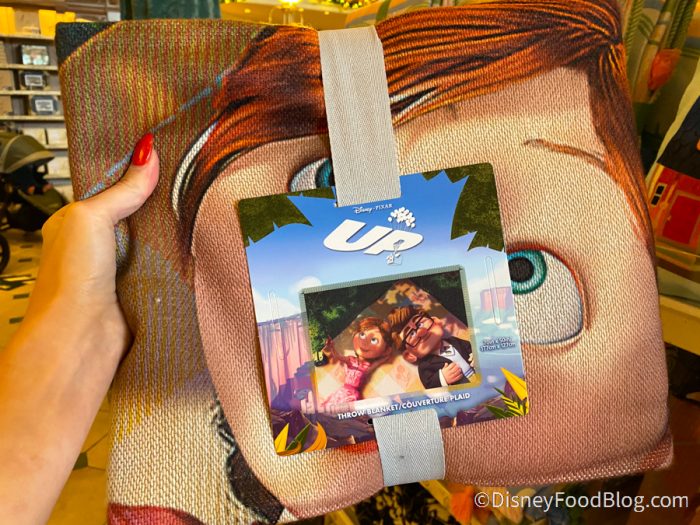 While you’re at the Emporium, you can also pick up the lovely Beauty and the Beast Blanket that is decorated with sheet music to “Be Our Guest,” Mrs. Potts… 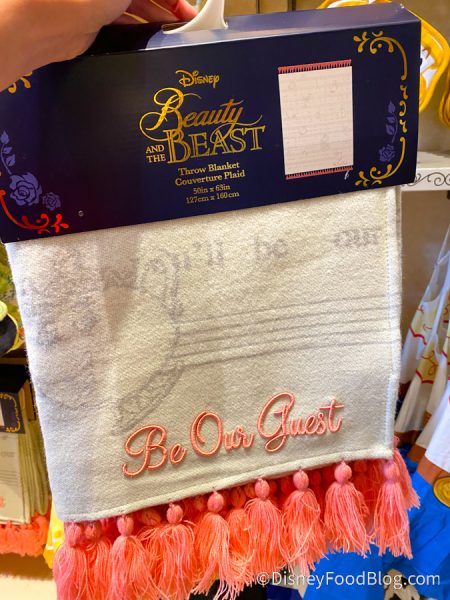 Beauty and the Beast Blanket

…an embroidered “Be Our Guest”, and pink tassels! 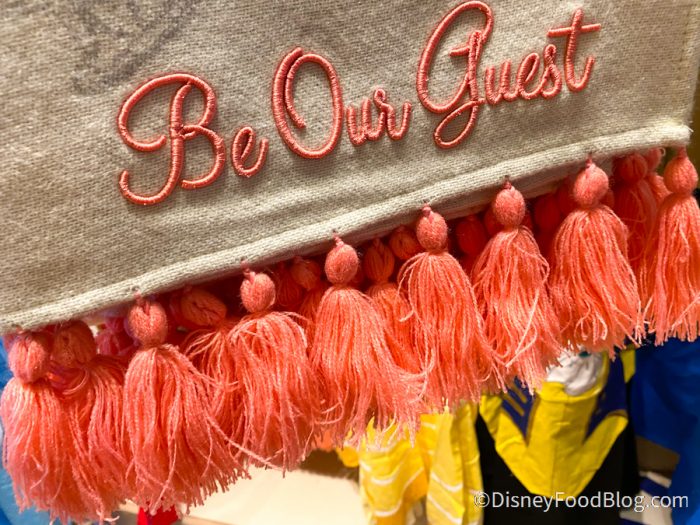 Beauty and the Beast Blanket

Take a look at all the details on the new Beauty and the Beast and Up items here!

Over at Uptown Jewelers, we got a sneak peek of the new Winnie the Pooh Dooney and Bourke Bags! The collection will officially debut on December 14th to guests with the original Winnie the Pooh cartoons. 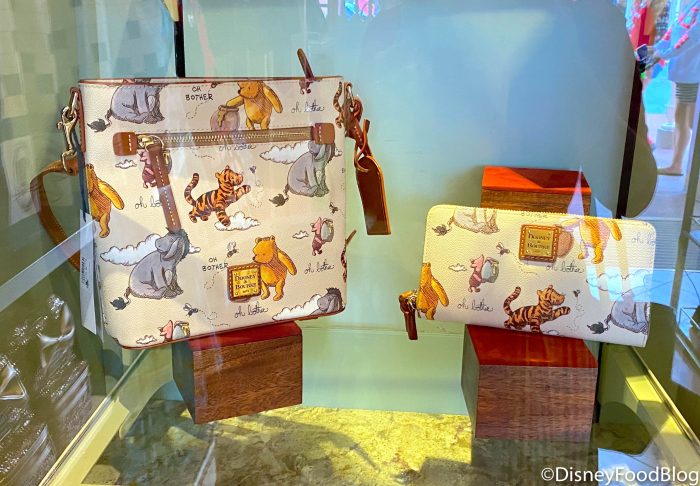 Winnie the Pooh Dooney and Bourke

After its debut, guests can snag a crossbody… 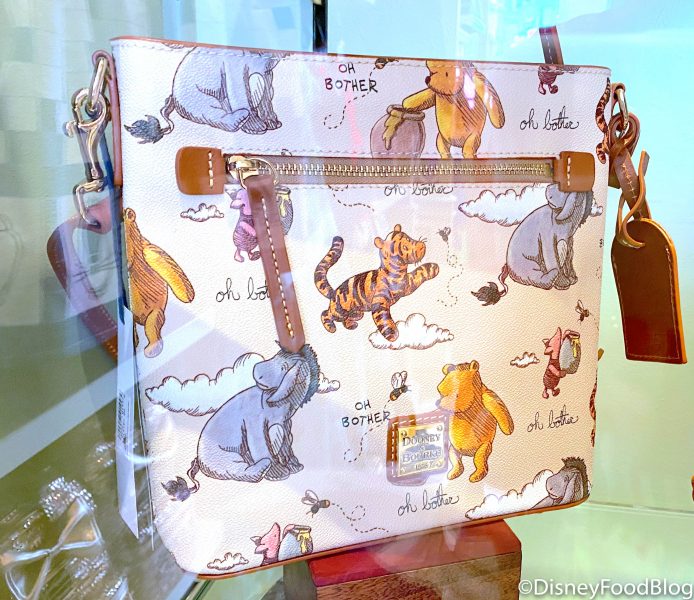 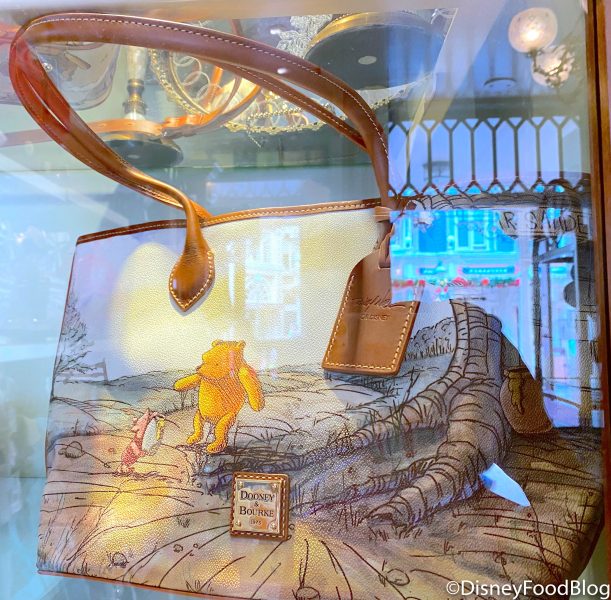 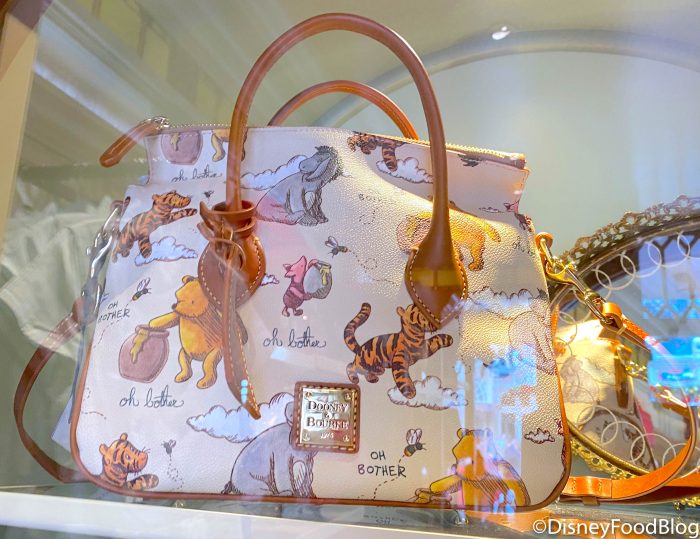 …and wallet to carry around in Disney World! 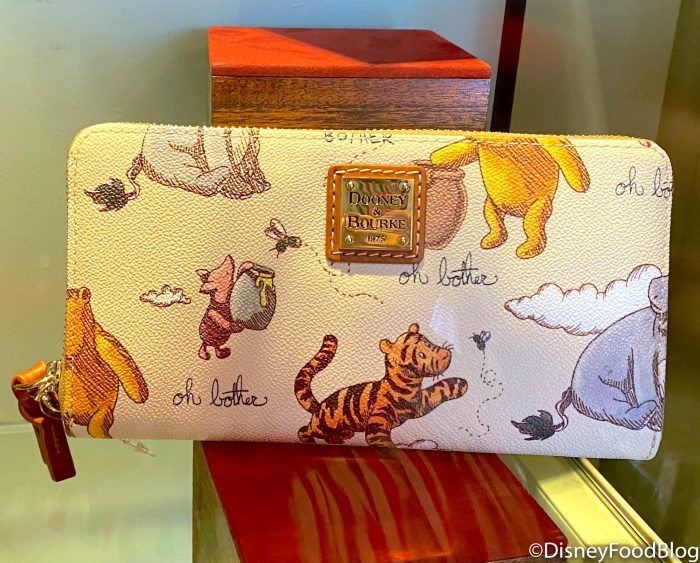 We adore the Dooney and Bourke Disney collections, and this one is just too cute to pass up!

Get more details about the Winnie the Pooh Dooney & Bourke Collection

After Disney made the announcement that guests must wear their masks at all times during photos in the parks and even ride photos, the parks began to test a system where masks were photoshopped onto guests who weren’t wearing them properly. 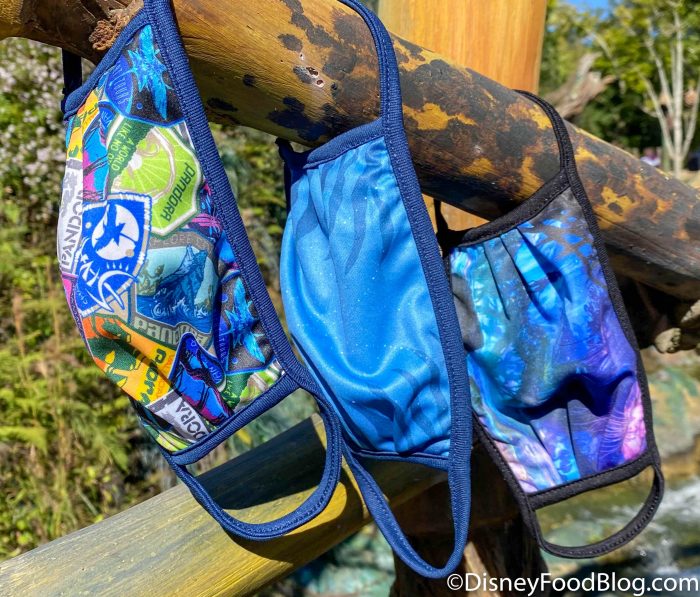 While they were only being tested at Dinosaur in Disney’s Animal Kingdom and Buzz Lightyear’s Space Ranger Spin in Magic Kingdom, a Cast Member confirmed to us that Disney will no longer be editing masks into attraction photos.

We’ve REALLY been missing New England Clam Chowder and Lobster Rolls at Columbia Harbour House. So, when we saw the doors open, we were hyped to go inside for a possible surprise re-opening. But, the Peter Pan’s Flight queue was actually being redirected through the restaurant instead when we were in the Magic Kingdom! 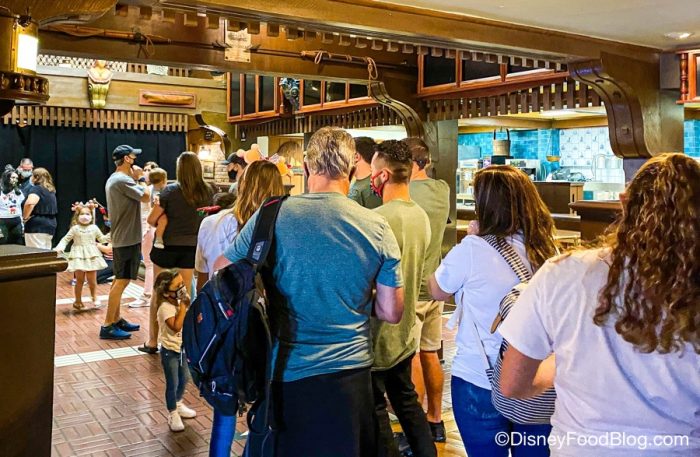 Disney World has continued to modify how its lines work in the parks with distancing measures, plexiglass barriers, and markers. Since Peter Pan’s Flight has a limited amount of space for guests wanting to travel to Neverland, the extended line had to be placed somewhere else. 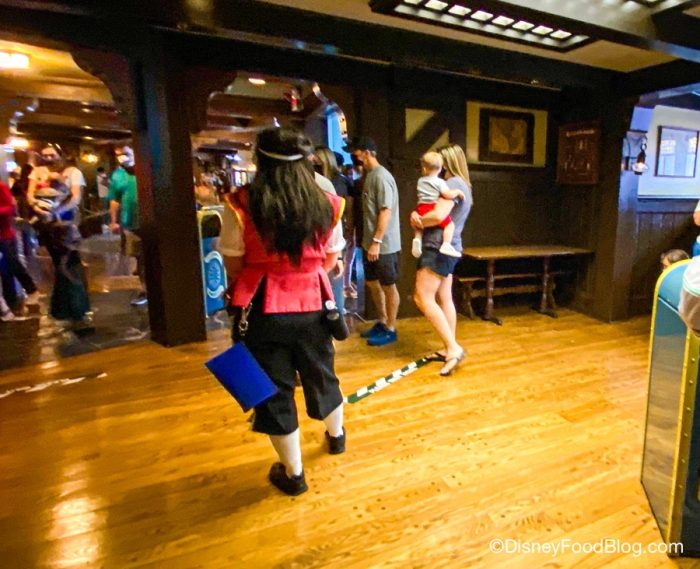 And, even though we weren’t able to order some of our favorite snacks from the Columbia Harbour House, it was still great to be back inside for the Peter Pan’s Flight queue! But, we hope that the actual restaurant will open to guests again soon (fingers crossed)!

Check out the unique Peter Pan’s Flight queue that we spotted here!

Characters have been out and about in the Magic Kingdom recently in distanced spots around the parks. During our last visit to the Magic Kingdom, we saw Ariel in her gorgeous teal dress greeting fans at the Princess Fairytale Hall. 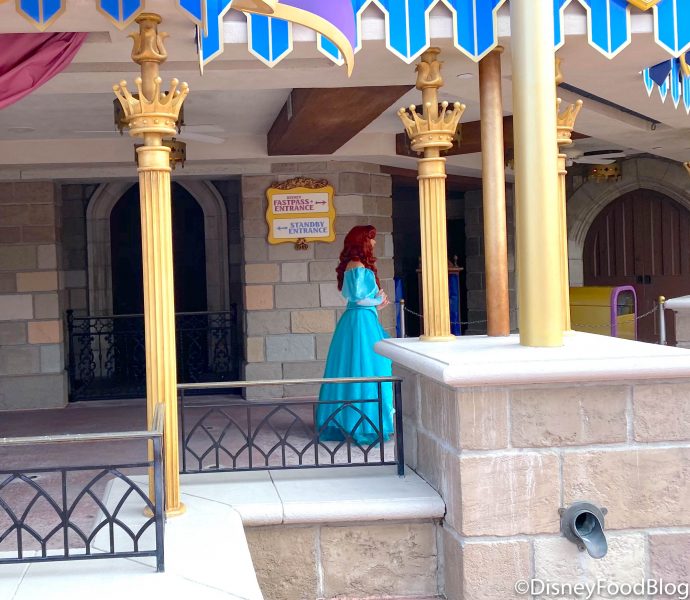 She told us all about her life under the sea as we explained a few land customs that we do during the holiday season! 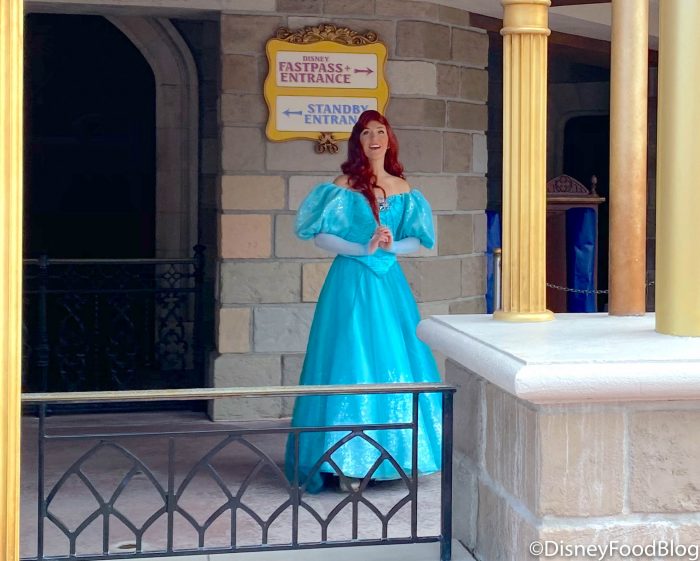 We’ll take any kind of character interaction we can get!

Check out Winnie the Pooh in his winter gear

One of our favorite pastimes in the parks have been the postcards and letters that we’ve been able to send straight from Disney World back home. The mailboxes have been locked recently without the ability to send a written souvenir to ourselves and our loved ones. 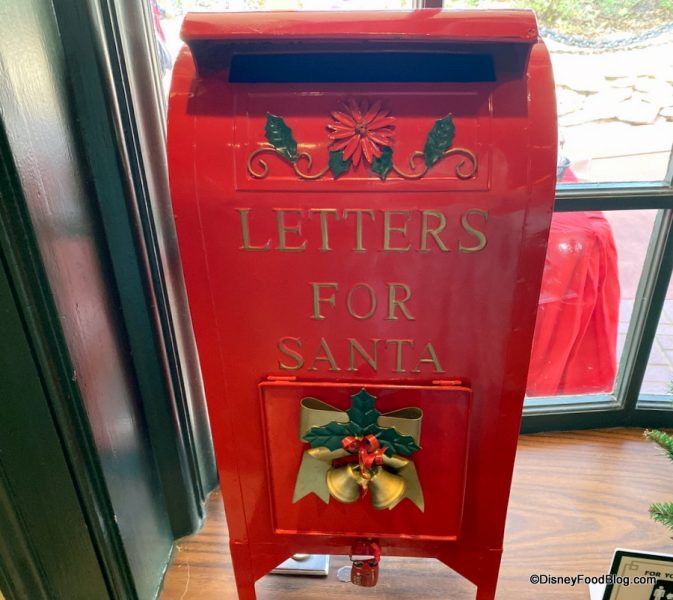 However, it’s the end of an era because a Cast Member confirmed to us that the mailboxes are being taken away. 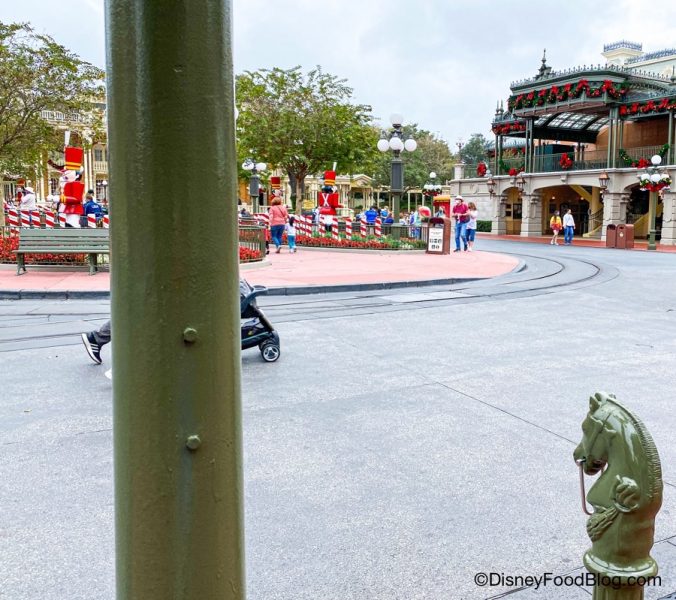 While we’ve only seen them disappear so far in the Magic Kingdom, we’ll be sure to keep an eye on the mailboxes in the other parks too!

Find out more details about the mailboxes being removed from the Magic Kingdom!

Well, that’s all for this What’s New at Magic Kingdom! We’ll catch you next time for more of the latest merchandise, food, and entertainment updates!

Check out the latest in Disney’s Hollywood Studios

What are you looking forward to seeing the most in the Magic Kingdom? Let us know in the comments below!

« A Boat Ride Had the LONGEST Wait Time in Disney World For the Second Week in a Row!
Breakfast is BACK (For Now) At Woody’s Lunch Box in Disney World! »