Disney Cast Members have been significantly impacted by this global pandemic and the closure of the Disney parks.

Cast Members at the Boardwalk Bakery

Earlier today, Disney, through the official Twitter account of Disney Internships and Programs, shared an update regarding Disney Programs recruitment. 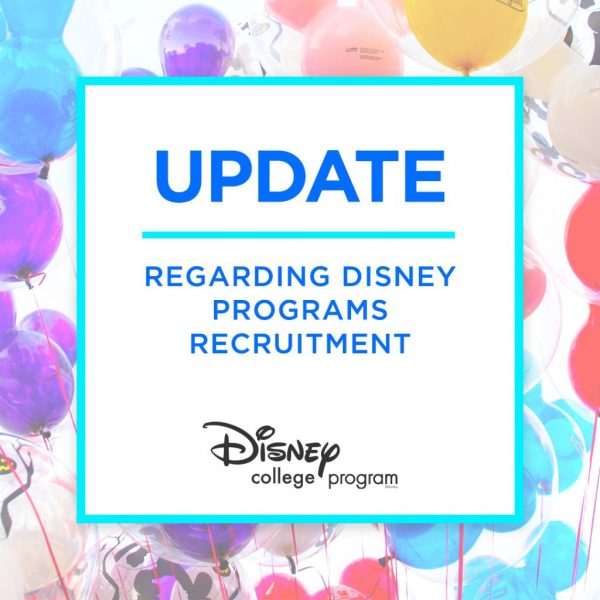 But, Disney also shared that they have not recruited participants for the upcoming semesters and are “still uncertain about when [they] will be able to resume [their] Disney Internships & Programs.” Disney encouraged those looking to one day participate in a Disney Internship or special program to connect with disneycareers.com and look for updates on Disney’s social media channels. 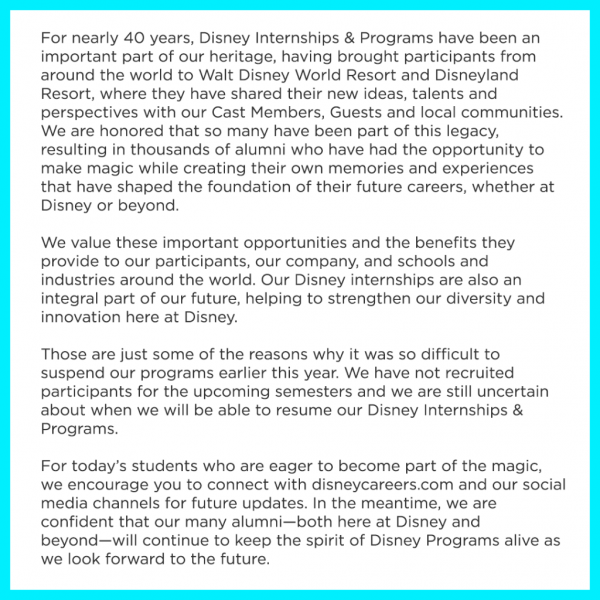 So, for the time being, it appears that Disney’s Internship and Programs will continue to be suspended until further notice. We’ll be watching out for any more updates regarding this situation and let you know if there is any further news regarding the return of these programs in the future.