Karibu! Step inside an East African marketplace that welcomes guests from around the globe who are visiting Harambe while on their safari adventures thanks to its close proximity to a train station. 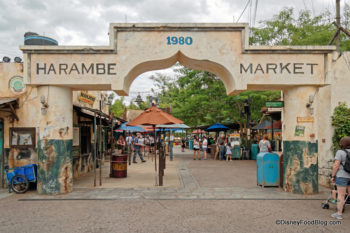 You’ll find the Market near the Wildlife Express Train carrying guests to and from Rafiki’s Planet Watch.

Bonus: you’ll often find a Shave Ice cart in the area, too!