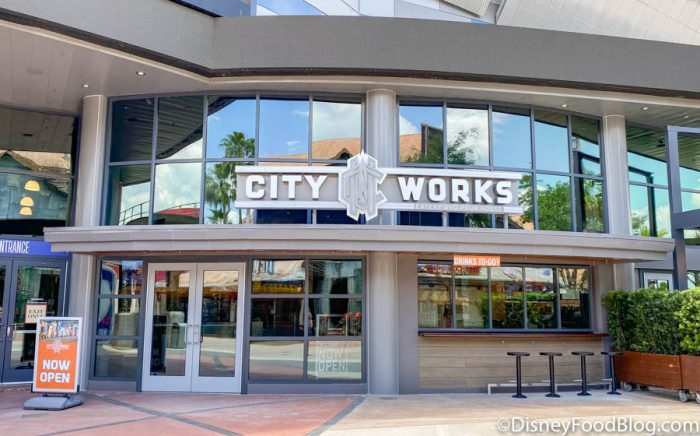 The sports bar is located right next to The NBA Experience on the Westside of Disney Springs. While the NBA Experience hasn’t re-opened quite yet, the dinner we had at City Works was nearly a SLAM DUNK.

END_OF_DOCUMENT_TOKEN_TO_BE_REPLACED

February is the month we celebrate love! Lady and the Tramp Cupcake at Disney’s Hollywood Studios

And since we LOVE few things more than checking out all the goings-on with FOOD all over Disney World, what say we take a whirlwind tour around the parks (and a few resorts) and see What’s New?! END_OF_DOCUMENT_TOKEN_TO_BE_REPLACED

But we’re all for old favorites, too, so when AJ got a text from her friend Andy with the news that Dawa Bar in Animal Kingdom’s Africa had switched up their early morning cocktails, we were there!!

Now, all the talk about Animal Kingdom these days surrounds the upcoming nighttime activities like the Rivers of Light spectacular, which will extend the park into an all day experience later this spring. (And obviously we can’t wait for the arrival of Tiffins — Animal Kingdom’s first Signature Dining location — as well as the Nomad Lounge to open in conjunction with these new activities in 2016.)

But like I said, as excited as we are about all that future nighttime entertainment, we’re here to explore an exclusively early-morning experience: the recently refreshed Sunrise Cocktail menu at the Dawa Bar. While the Dawa Bar operates all day, this special menu of morning beverages is only available from 9:00 – 11:00 am.

Though morning pours aren’t new to the Dawa Bar (you may remember the Bloody Mary menu that was introduced in late 2014), we’re here to go over some changes with you, including an absentee from the Bloody Mary selections along with some fun new additions. (Did somebody say “Mimosas”?!)

2014 brought a renovation and slight relocation to the Dawa Bar as well as the aforementioned morning menu of Bloody Marys. Other than that, though, things have held pretty steady at this African-themed lounge over the years. It still sits right beside the Tusker House check-in area. END_OF_DOCUMENT_TOKEN_TO_BE_REPLACED