Disney’s Coronado Springs Resort reopened to guests in October. But when the hotel reopened, some dining options remained closed upon the initial reopening. 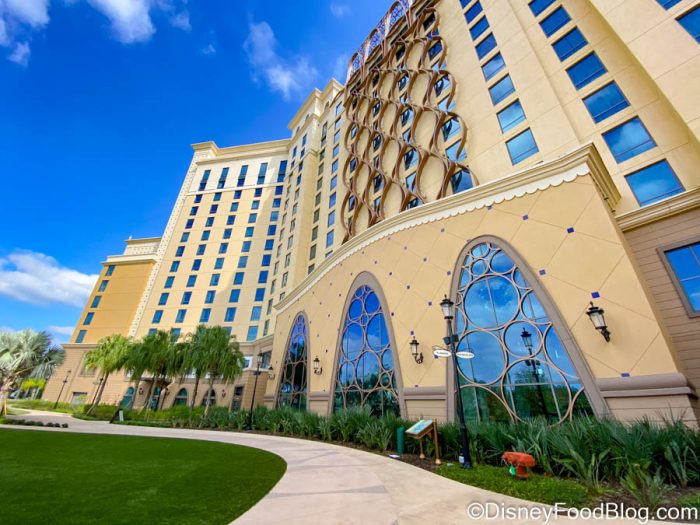 But today, we have news of an additional dining spot at Coronado Springs Resort that will be serving guests again soon. El Mercado de Coronado, the primary Counter Service location for Coronado Springs, is now showing upcoming operating hours on the Walt Disney World website! END_OF_DOCUMENT_TOKEN_TO_BE_REPLACED

We’ve been checking out everything that’s new in Disney’s Animal Kingdom, and also nearby at Disney’s Coronado Springs Resort. 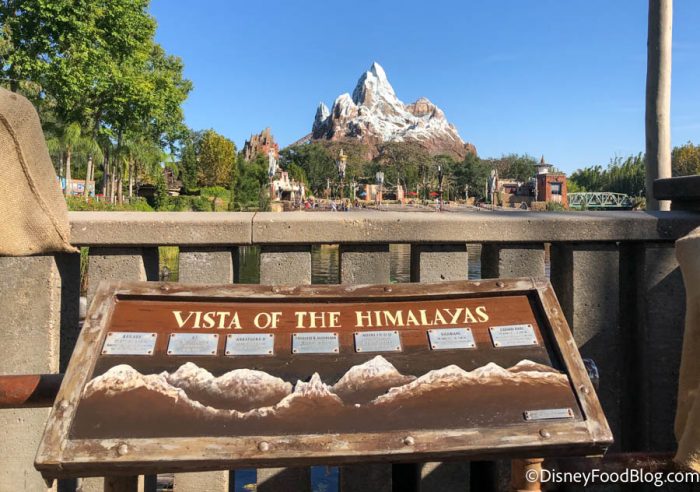 We noticed some construction updates over at Kilimanjaro Safaris and some pretty big crowds over at Disney’s Animal Kingdom. We got to experience a nice holiday ambiance at Disney’s Coronado Springs Resort, and some sweet holiday treats!

END_OF_DOCUMENT_TOKEN_TO_BE_REPLACED

We’ve been hard at work scoping out all the news for you this week. Today we have the details on the latest in the Disney theme parks and MORE! 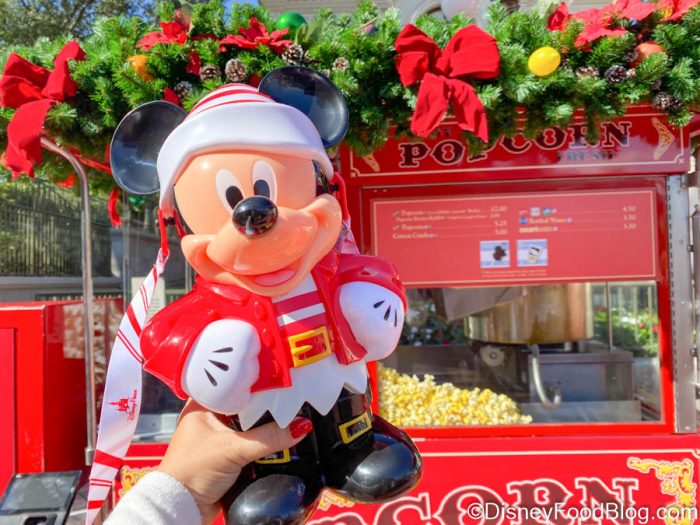 See all of our coverage on Disney park reopenings HERE. We still have a LOT to share with you this week, so let’s jump right in… .

END_OF_DOCUMENT_TOKEN_TO_BE_REPLACED

Looking for a quick meal while on the go? Well, if you’re staying at Disney’s Coronado Springs Resort, now you can stop by the newly reopened Cafe Rix! 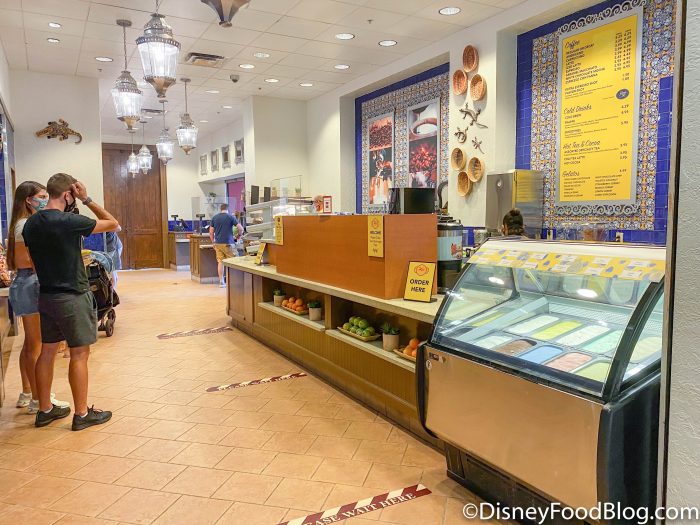 Earlier this week, we shared that Cafe Rix would be reopening today, so we stopped by this spot to see what it looks like now and what food options are available. Come along with us on a virtual tour!

END_OF_DOCUMENT_TOKEN_TO_BE_REPLACED

We’re swinging by a beautiful Disney World resort to check out the latest! 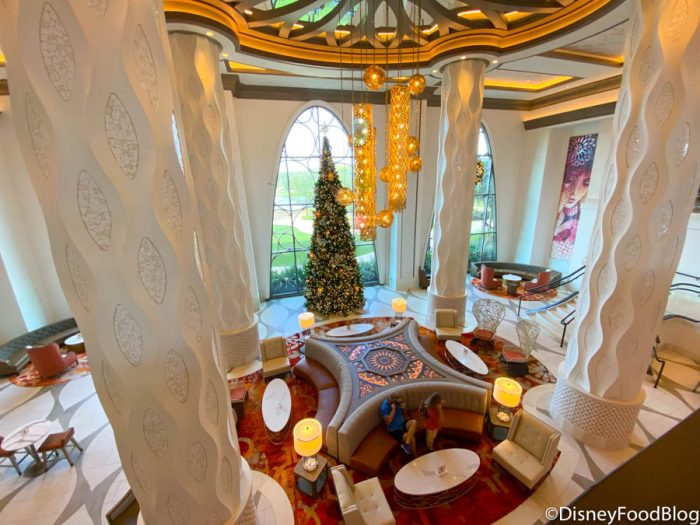 We last checked in at Disney’s Coronado Springs Resort when it reopened last month and now we’re back to see a few updates in food and construction!

END_OF_DOCUMENT_TOKEN_TO_BE_REPLACED

Little by little, many restaurants and hotels all around Disney World have reopened. 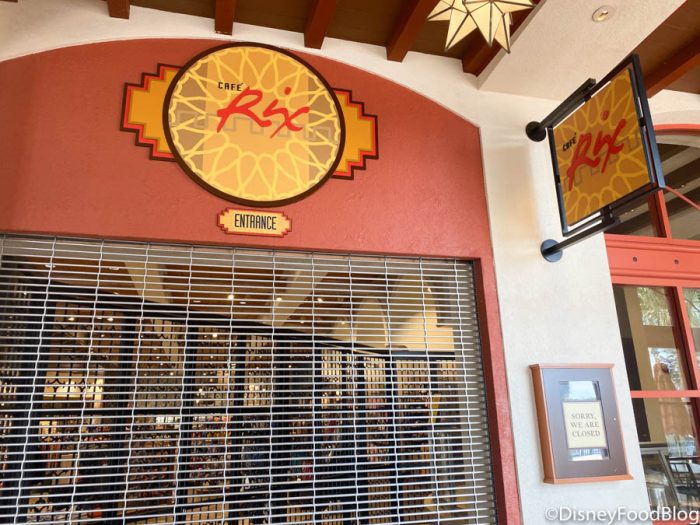 And soon, another spot will be added to the list! Cafe Rix at Disney’s Coronado Springs Resort will be reopening in just a few days.

END_OF_DOCUMENT_TOKEN_TO_BE_REPLACED Gran Destino Tower opens for guests beginning July 9, 2019! We can’t wait to check out the Tower’s rooftop dining location Toledo — Tapas, Steak, and Seafood and those views from the top! END_OF_DOCUMENT_TOKEN_TO_BE_REPLACED

Walt Disney World is home to several moderate category resorts, but their food is far from moderate! You’ll find a wide variety of eats at each moderate resort from grab and go and pool bars to quick service and table service restaurants.

We wanted to bring you up to date on what’s going on menu-wise — and what a few of our favorites are! — at Port Orleans French Quarter and Riverside in case you’re traveling there soon! The resort pays homage to all things New Orleans and Mardi Gras — which means beignets are plentiful here!

END_OF_DOCUMENT_TOKEN_TO_BE_REPLACED

is the hotel’s quick service and grab-and-go dining location. The pastry case here is usually a little above-par for a hotel food court, but this latest cupcake… takes the cake. And the dropper. And the buttercream. It just takes it all. Our Insta-pal @mrs.everydaymommy shared the Mocha Cupcake (at least…that’s what we’re calling it — there wasn’t a sign ;-D) with us, and we’re jazzed that she did. END_OF_DOCUMENT_TOKEN_TO_BE_REPLACED

It’s time to take another stroll around Disney World and see what’s new and awesome! We’ve got parade pics, Olaf apples, Gaston-themed headwear, and more! Won’t you please join us 🙂 ?

Everything’s coming up “Frozen” at Walt Disney World to celebrate the release of the movie on Blu-Ray and DVD. Olaf the Snowman has been bestowed a true Disney character honor… He’s now a Candy Apple! Keep an eye out for him in candy locations like Sweet Spells, Main Street Confectionery, Candy Cauldron, and Goofy’s Candy Company… I’m hoping he’s here for the long haul!

You may also spy some favorite treats in a blue hue for a very limited time, including Mickey Krispy Treats and Marshmallow Wands. A recent walk around Downtown Disney revealed that  the Disney Food Trucks are making their way around. Previously housed primarily between Cirque du Soleil and House of Blues (and occasionally spotted in the grassy area next to Bongos Cuban Cafe), the Food Trucks we’re spotted in new and different places around the West Side.

For instance, the World Showcase of Flavors truck was parked across from Splitsville. World Showcase of Flavors Food Truck across from Splitsville

And Fantasy Fare has been spotted over in the Marketplace (this is the spot next to World of Disney where Santa’s Chalet can be found during the holidays). Fantasy Fare Food Truck next to World of Disney

However, the one thing certain about the Food Trucks is that they are ever-changing 🙂 . And we know something new is coming thanks to these Food Truck Park signs found around Downtown Disney. What’s to come? Only time will tell!

The first sure sign of spring at Disney World is the Flower & Garden Festival. But a smaller sign is seeing all the things available to stuff your Easter basket at Ghirardelli. The Starbucks construction site on the Marketplace side is really starting to take shape. You can now see the triangular top peeking out above the walls, matching the “Coming Soon” artwork. Artwork on construction walls for Starbucks

And as new things arrive, we also say END_OF_DOCUMENT_TOKEN_TO_BE_REPLACED