Ah, the T-shirt wall — one of our favorite spots to pick out new graphic tees at Walt Disney World! 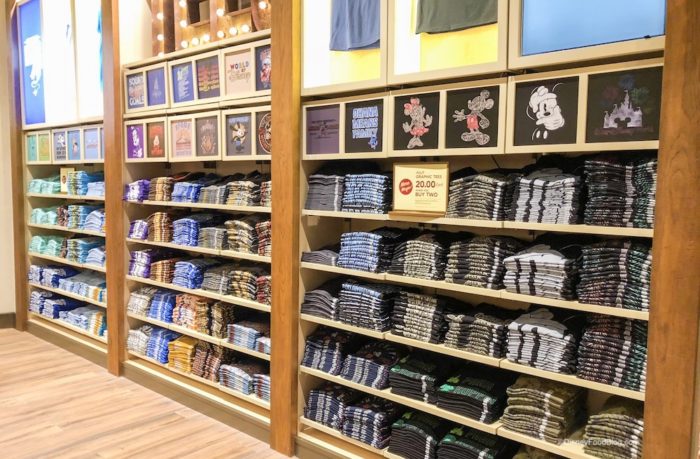 We’re always checking this massive display at World of Disney for new designs, and we spotted one today that looked strangely familiar!

END_OF_DOCUMENT_TOKEN_TO_BE_REPLACED

We have been keeping you updated on all of the restaurants taking part in Disney Springs‘ re-opening on May 20th. 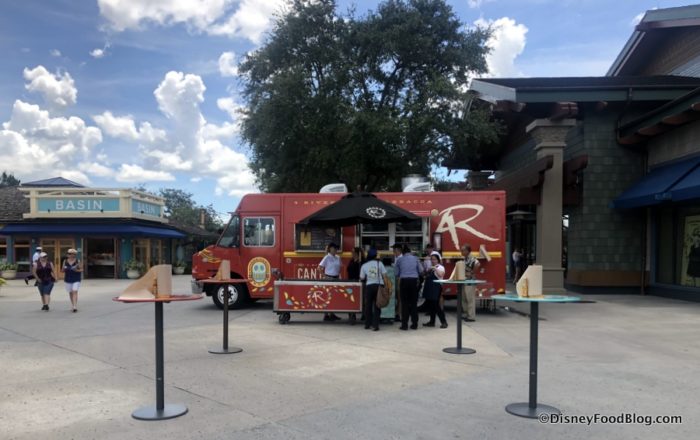 So far, we’ve seen places like The Polite Pig, YeSake, Wine Bar George, and more planning to open their doors, but we just found out there will be some street food coming to Disney Springs for the re-opening.

END_OF_DOCUMENT_TOKEN_TO_BE_REPLACED

So, did ya catch The Wonderful World of Disney special celebrating the 60th Anniversary of Disneyland last night with your Mickey Ears proudly strapped to your head (or was that just me?)?

If so, then you may have seen Harrison Ford introduce new concept art for Star Wars Land! We were especially excited to see that these included a few renderings for dining options coming when Star Wars Lands open in both Disney World and Disneyland. After the D23 Expo this past Summer, we previewed a few of these experiences for you in this Disney Star Wars Land Cantina post, but now we have even more details! (And we made our case way back in 2013 for WHY Disney needed a Cantina here!)

It all went by pretty fast, so here’s a chance to feast your eyes on some of the images a little longer. While we hope to have higher resolution images to share soon, here’s a batch of pics taken straight from the ol’ telly. END_OF_DOCUMENT_TOKEN_TO_BE_REPLACED

Welp, rumors have been circulating since Disney bought LucasFilm last year about the potential for a Star Wars themed land coming to the Disney parks. And I thought it was high time to weigh in on what would obviously be the best part of one — the potential restaurant! Yep — sources are swirling about not only a repeat of Disney California Adventure’s Cars Land coming to Disney’s Hollywood Studios, but also a Star Wars Land of some sort!

According to one source, a Chalman’s/Mos Eisley Cantina-themed Star Wars restaurant could be on the horizon for Disney World as part of the proposed Star Wars expansion. (Though other sources put the Cantina in Disneyland Paris.) Why would this be a totally rad idea? Well, I’m always up for more restaurants in Disney World; AND the Star Wars Cantina scenes are relatively well-known and referenced in popular culture. But that aside, here are a few of my reasons for supporting the proposal: