Update: ON June 26th, Due to the Florida Department of Business and Professional Regulation banning the consumption of alcohol at bars, Jock Lindsey’s Hangar Bar was closed. However, the location was able to reopen on July 6th.

Since Disney Springs began its phased reopening back in May, we’ve been eating our way around the newly reopened restaurants. And Jock Lindsey’s Hangar Bar has now joined the list of locations that have welcomed back guests! 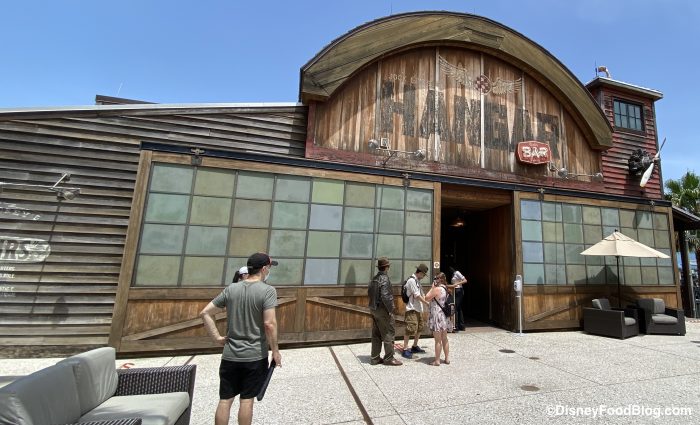 We’ve already had the chance to check out fan-favorite spots like Morimoto Asia, The Polite Pig, The Boathouse, and more. And with awesome theming, fun specialty drinks, and inventive appetizers, we were eager to see how Jock Lindsey’s stacks up!

END_OF_DOCUMENT_TOKEN_TO_BE_REPLACED

Remember when we told you that the Disney Magic cruise ship was about to get a full makeover?? Well, today we have an awesome photo tour for you!!

The Disney Magic – The original cruise ship of the Disney Cruise Line – first set sail in 1998. Fifteen years later, she has just launched again after a lengthy stay in dry-dock where she spent her time being “re-imagined.”

Re-imagining is more than simply being refurbished or refreshed. Some spaces around the ship were entirely redesigned while others were enhanced. She sure is a beauty!

Since the re-imagined areas are primarily public spaces, this, of course, means that some of the dining areas and adult lounges were re-imagined or refreshed as well! Though some spaces, already timeless, remained unchanged or just refreshed.

Let’s have a look inside this amazing vessel and see what’s new!

The biggest update to the dining scene on the Disney Magic is the addition of Carioca’s. Welcome to guest author Catherine as she treats us to a guest review of the brand new Tequila Tasting and Lunch held at La Hacienda de San Angel as part of the 2011 Epcot Food and Wine Festival.

On October 2, I attended the Mexico Tequila Lunch at La Hacienda de San Angel, the newest restaurant in the Mexico pavilion. This is a new event for the 2011 Epcot Food and Wine Festival.

When I arrived, there was a check-in desk outside La Hacienda where cast members cross guests’ names off of a master list when they arrive. Guests are then sent inside to the restaurant’s foyer. Servers were waiting there to hand out the “welcome” margarita! The Rosa margarita is made with premium silver tequila, and one of the ingredients is “rose extract,” which gives it a little bit of a flowery note, but not too much. The rim was decorated with red hibiscus salt. There are no assigned tables here, you’ll seat yourself. I sat at a END_OF_DOCUMENT_TOKEN_TO_BE_REPLACED