It’s true: Walt Disney World is no longer providing complimentary MagicBands for Resort guests. This change, which was announced last summer, officially kicked in as we began the New Year. 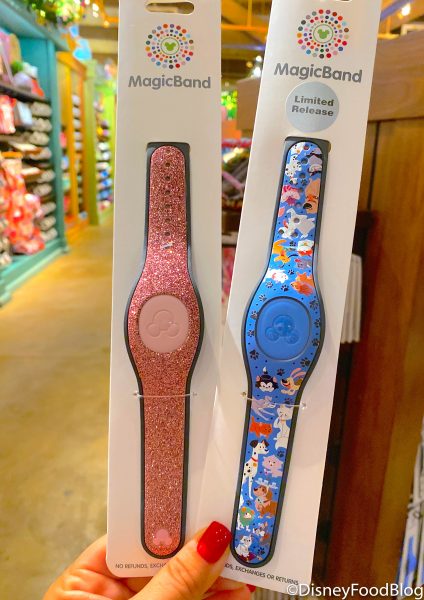 But that’s doesn’t mean MagicBands aren’t still a thing, as evidenced by the abundance available for purchase around Disney World merchandise locations (and still available for pre-order at a discounted rate for Resort guests). In fact, a stop by Mickey’s of Hollywood in Disney’s Hollywood Studios today revealed a new color choice! Although this one might look a wee bit familiar, so you’ll want to look closely… END_OF_DOCUMENT_TOKEN_TO_BE_REPLACED